The reform of the Third Sector (approved with law 3rd July 2017, n. 117, the «Third Sector Code»), as well as achieving the aim of reunifying under a single regulation the multitude of pre-existing special entities, also has the aim of operating a reform of the 1st Book of the Civil Code, in the part concerning the regulation of the associations and foundations. The fact that the legislator chose to implement this «reform» (rather than through a reform of the Civil Code) through an extra codicem regulation, raises questions about how the «old» provisions of the Civil Code should coordinate with the «new» provisions of the Third Sector Code. The paper, after outlining the aims and principles of the reform, aims to compare the two disciplines, with the ambition of identifying which rules should now apply to associations and foundations which (by choice or lack of requirements) do not access the Third Sector. In particular, an attempt will be made to demonstrate that the «new» provisions inherent to the organization and administration of these entities – even though they were introduced in the special regulation of the Third Sector – are indeed expressive of general rules, which the interpreter could legitimately use also in order to integrate the discipline of associations and foundations not belonging to the Third sector. 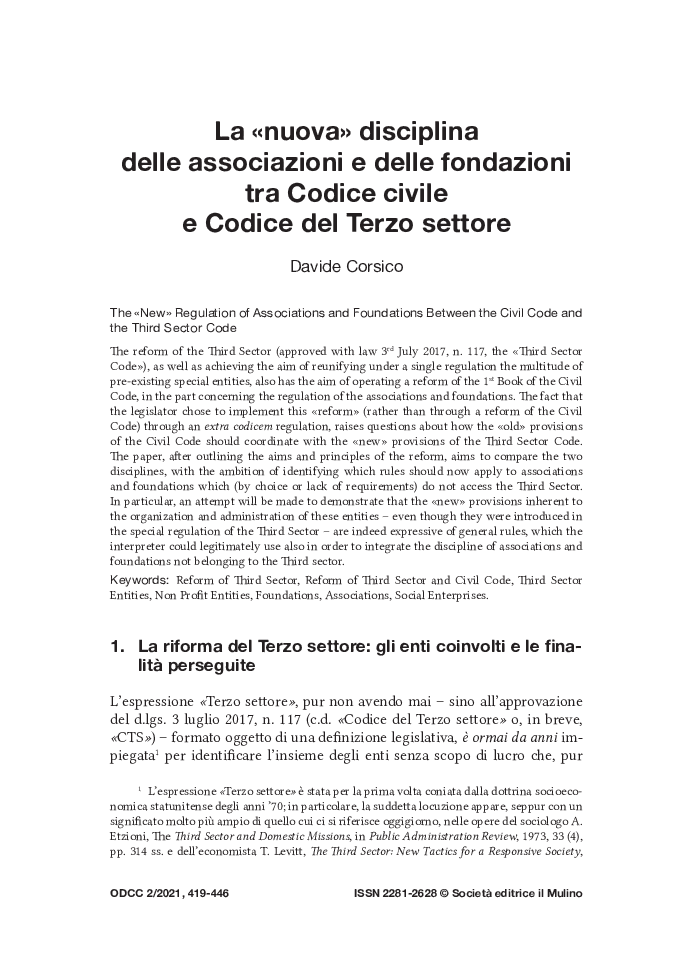