The issue concerning the destiny of the omnibus personal guarantees stipulated applying the uniform scheme provided by the ABI (Italian Banking Association) – agreement in violation of the fair competition, which is null according to article 2 of the Law n. 287/90 and article 101 TFEU – remains, as for today, without an unambiguous solution: on one hand, some assign to the damaged party the tool of compensation, on the premise that the legal act implementing a prohibited agreement remains valid; on the other hand, some sustain, through different argumentative paths, that the contract has to be considered (totally or partially) null. The analysis of these approaches, and of the concrete feasibility of their outcomes, is deemed necessary in order to advance an autonomous reconstructive proposal. 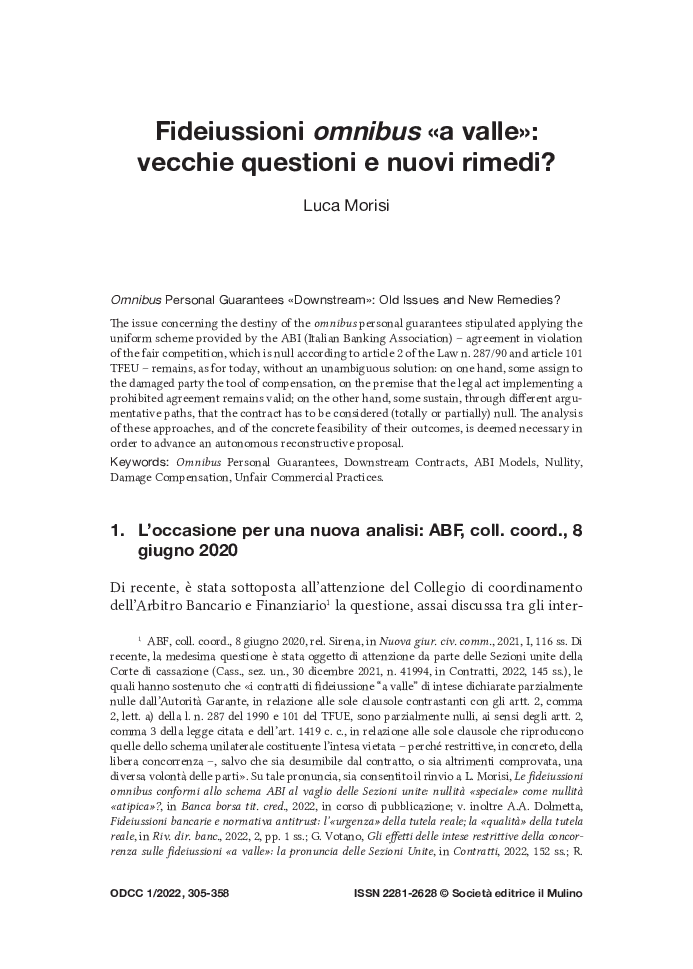