On May 17, 2019, at the age of 84, Amedeo G. Conte passed away. He has been one of the most authoritative, imaginative and original exponents of the analytical philosophy of law. Between the two main traditions of the analytical philosophy of law the distinctive feature of Conte’s works, in the multiplicity of the topics investigated, is not the one concerning the analytical jurisprudence but the one of the logical analysis of normative and/or deontic language: Namely, a manifold logical analysis in which the themes of its syntax, semantics and pragmatics intertwine and merge (with) questions of (deontic) logic. 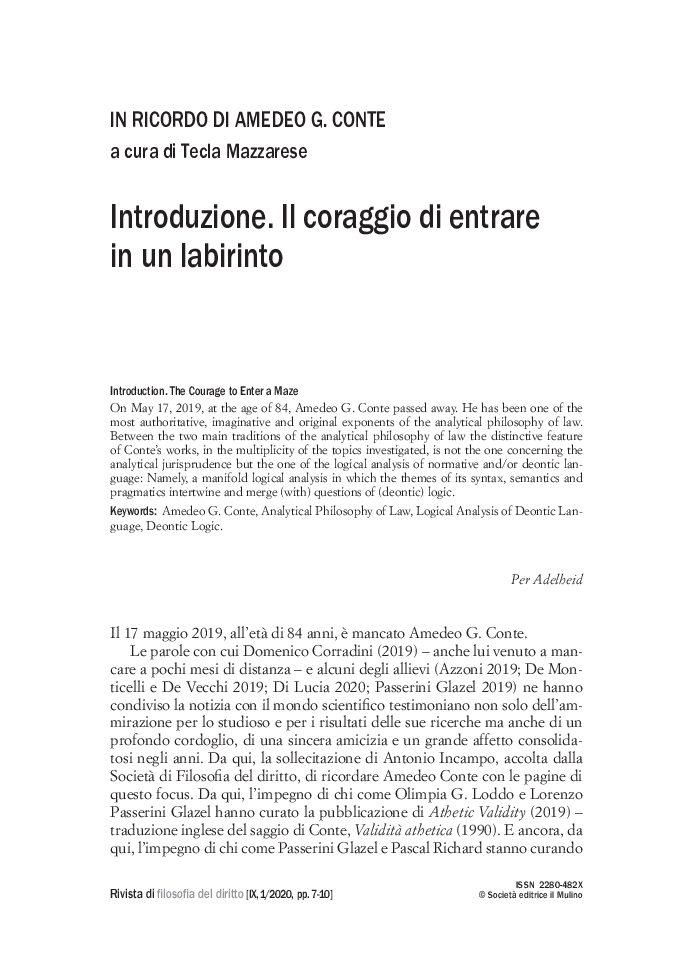