This paper addresses the distinctly political nature of the problem of the commons. The discussion starts out with a definition of the commons, setting the stage for an analysis of the current debate, with a focus on Ostrom, Mattei, and Negri. I then turn to two further issues, first considering the historical roots of the commons (with a focus on the debate on "Franciscan poverty"), and then the consequences deriving from two main problems related to the commons, namely, cognitive capitalism and the "right of commons". 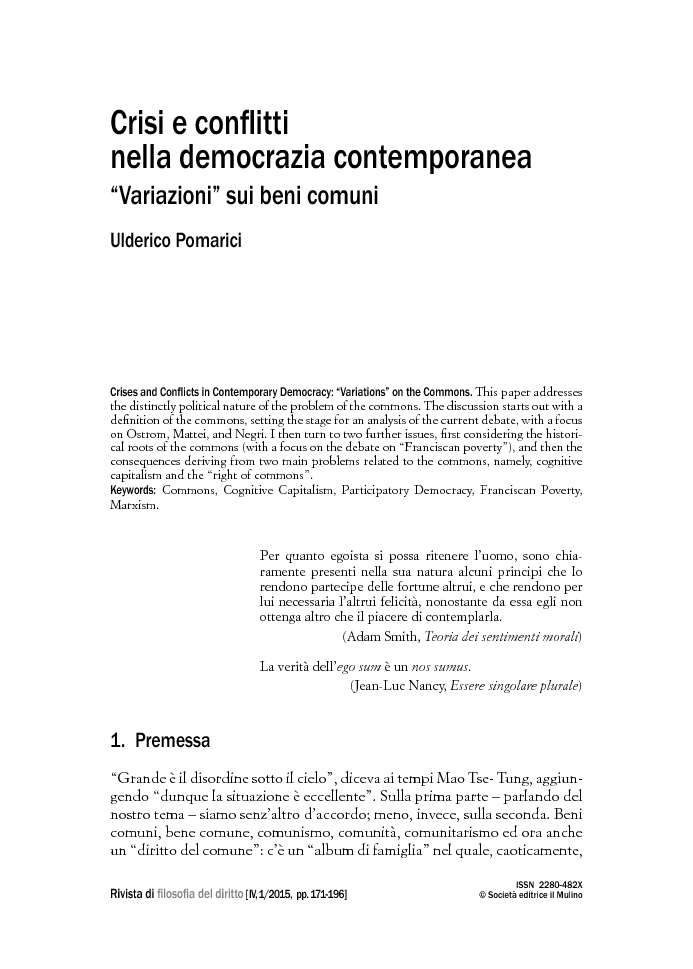