In recent times positivist legal theory has focused upon International law, mainly by adapting Hartian validity requirements to the inter-states domain. In turn, Ronald Dworkin has himself extended his theory of law to the international order, in a posthumous work, one that, revolving around adjudication, aims at identifying fundamental principles bearing the "raison d'etre" of the legal international order. By standing on Dworkin's shoulders, this article shows the relevance of his last attempt, connects its novel to Dworkin's (previous) general theory of interpretivism and applies both to the legal international scenarios, even accounting for those features that Dworkin himself has not taken into consideration. In stepping forward, the article explains how to manage the problematic adaptation of community dependent notions like "integrity" and "equal concern and respect" in the international (unfamiliar) environment, stresses the function of the Dworkinian principles of mitigation and saliency, and sees strict legal positivism as inconclusive, also given the transformations of International law in the last 60 years. All the more so, because cases before international Courts show how legal reasoning is ready to evolve toward inter-systemic interpretivism, in the face of problems that positivist legal theory is barely equipped to tackle. 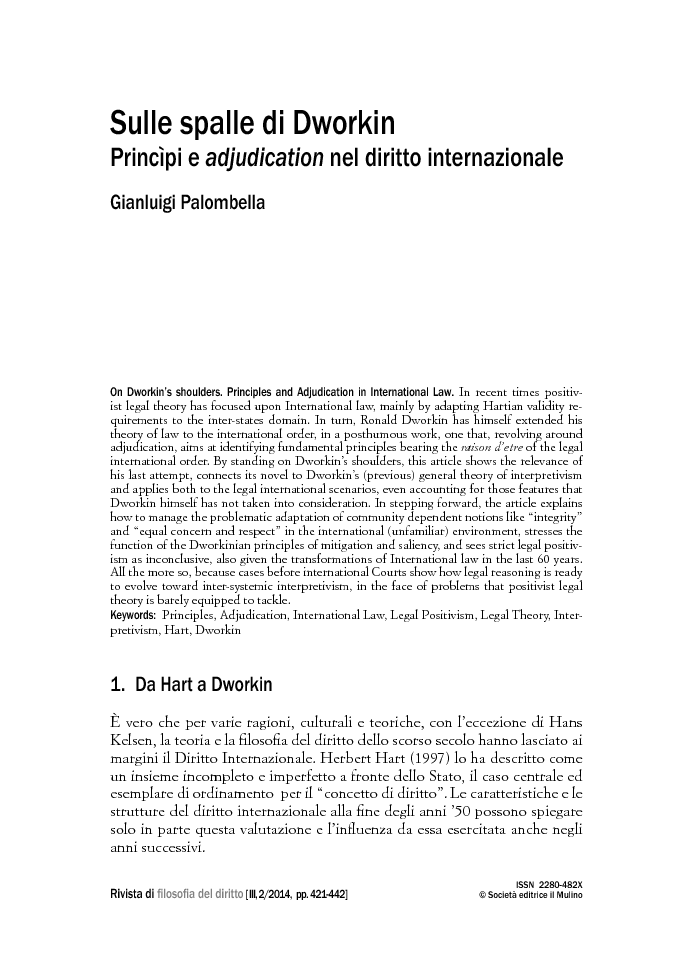