The purpose of the three contributions in this section of the "Rivista di filosofia del diritto" is to call attention to some lesser-known or misleadingly interpreted themes in continental legal realism (Scandinavian and Russo-Polish) and American legal realism. The first contribution, by Enrico Pattaro, is devoted to the fountainhead of Scandinavian realism, Axel Hägerström, and shows how most translators and commentators proceed from a purported synonymy between two terms - "verklighet" and "realitet" - that instead in Hägerström's usage refer to logical reality and to effectual reality respectively, and in this way a misunderstanding has arisen about his conception of judgements and ought judgements (the last being pseudo-judgements). The second contribution, by Bartosz Brozek, is on Leon Petrażycki, the main exponent of Russo-Polish realism, and discusses the role the emotions play in the functioning of law. Working from a conception that places psychology at the foundation of the social disciplines, Petrażycki does not simply equate legal norms with emotions of a particular type, namely, emotions of duty, but considers these to be only one aspect of that complex phenomenon which is the law. Finally, the third contribution, by Gerald Postema, looks at the main criticisms that American legal realism has directed at formalism, proceeding from Oliver Wendell Holmes, though without arriving at any systematic theorization but rather fostering new approaches in the theory of law - descriptive, normative, conventional, and radically critical - and putting out challenges that no theory of legal reasoning can ignore. 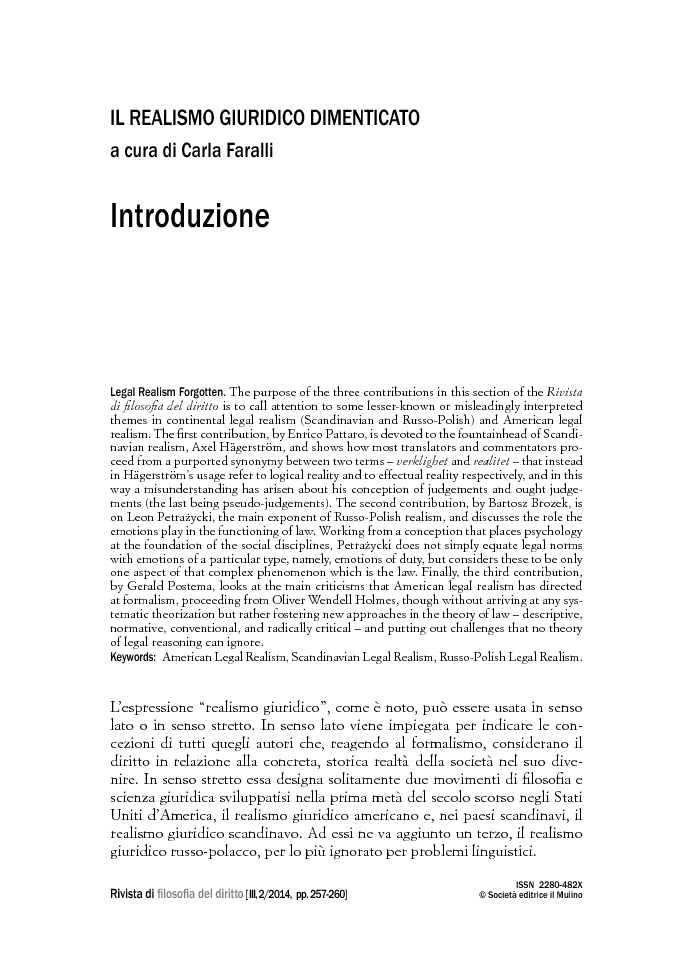