When the institutional forms of politics are in crisis, the question of power, or better, of powers arises. The system has such a degree of complexity and incoherence that the classical logic and paradigms of modernity - while persisting and producing effects - change deeply and do not exhaust the understanding of a politics that always exceeds its canonical places. Therefore, power itself requires rethinking. A change of perspective is possible by using the Foucauldian genealogical approach that is able to see the real relationships of power that organize truth and discursive practices. In the modern age a governmental turn of power emerges that has a relational, transitive and productive nature, irreducible to the paradigm of sovereignty. The pivot of power/ governmentality is the ambivalence of the subjectivation it produces. An ambivalence that increases in the current neoliberal political rationality, as it takes an organizational and fully biopolitical form. The unstable field of relationships, over-conditioned by the market device - if not forced to a rationalization of governmentality itself - opens up spaces of potential resistance and fissures that the genealogical approach makes visible. 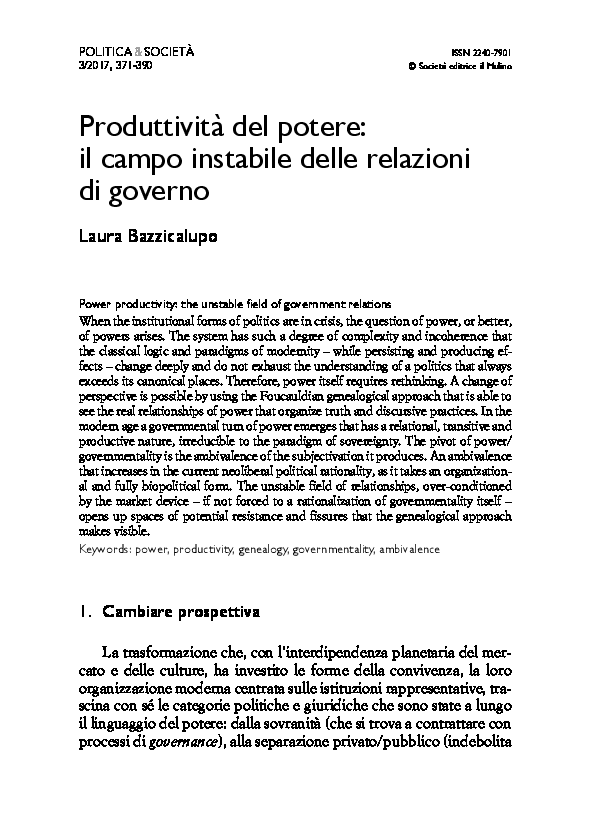