The present and the everyday are temporal dimensions with a bizarre political status. Although present is often described as a well-recognizable juncture in the linear path of time, it also appears as a dimension that never fully offers itself. It always exhibits a kind of withdrawal, caught in a relentless movement between the past and the future. A similar form of duplicity marks the everyday: within it, countless rhythms, tempos, intervals merge, and yet it has been generally perceived as a flat domain, a sterile, monotone dimension, which lacks political interest. At a political level, such understanding of these temporalities (still the only dimensions in which our lives unfold and our actions take place) evoke the need to allocate the source of social change elsewhere, leaving little leeway for political action. In this article, I concern myself with the consequences of this rejection and make the case for a new conceptualization of ordinary time and its political import. After discussing the ways in which the present and the everyday have been dismissed as "sites" of political action, I home in on the case of everyday utopias to unearth the re-politicizing force of a new understanding of these temporal dimensions. 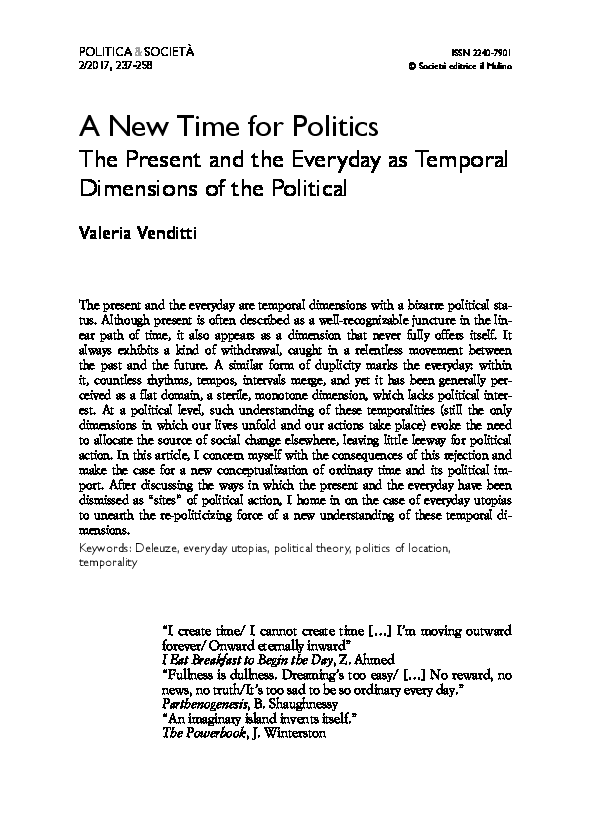