In this paper, after initially discarding the option of treating Critical Theory as the name of an academic school, the hypothesis is rejected that Critical Theory can be plausibly equated with "external" or "transcendent" criticism, or with merely "internal" criticism. Two versions of the one remaining option - Critical Theory as "immanent" critique - are then distinguished: a) radical contextualism (exemplified by Rorty and Walzer) and b) context-transcending critique (exemplified by Habermas and Honneth). Habermasian and Honnethian context-transcending critique is then shown to presuppose a "not truly immanent" notion of normativity, and to share such notion in common with non-critical approaches such as those of Kant and Korsgaard - generating, as a result, a lack of demarcation of Critical Theory from mainstream normative theories. As an alternative strategy, Critical Theory is argued to be best grounded on "exemplary normativity" - the kind of normativity which is most consistent with immanent critique and, when made the object of philosophical reflection, most capable of demarcating Critical Theory from other normative approaches. 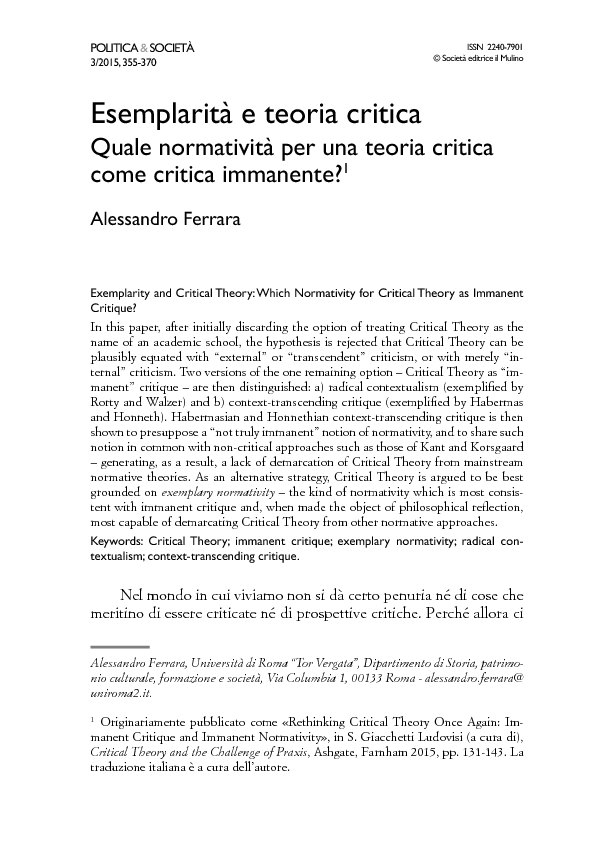