Some hold that the indigenous are normatively justified in requesting both legal claims on material resources, and to political autonomy, aimed at maintaining their own ways of life. The indigenous have more extensive claims in these regards than citizens generally, and than do other identifiable groups who have long historic ties with the territory, and a distinctive culture compared to other citizens - often called «national minorities». The following essay defends these claims, based on the indigenous ancestors' historic control over territories later forcefully incorporated into a State, combined with the impact of their ancestors' culture on present practices and expectations. Past injustice perpetrated against such control affects the claims of present members to arrangement of political decision-making over the territory and to substantive benefits. History matters, then, for whether the normative claims hold. 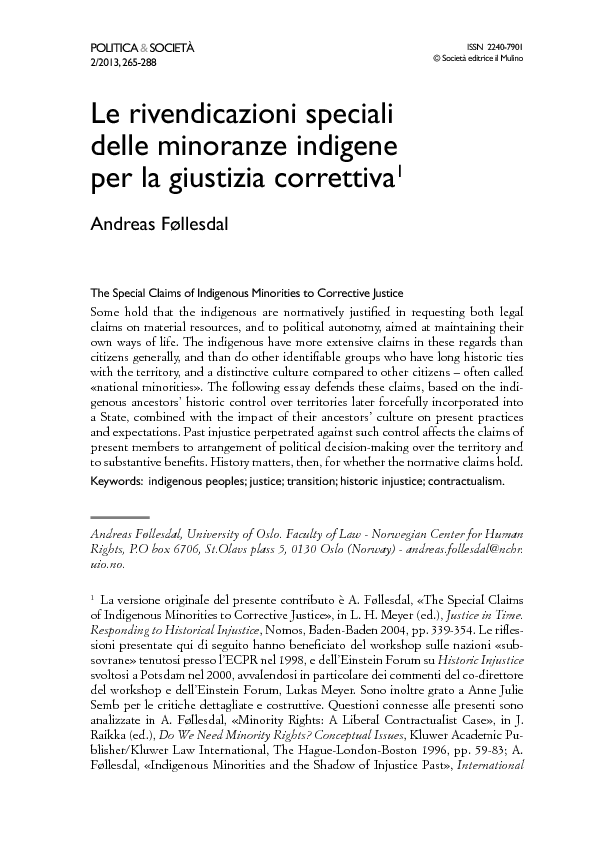