Drawing on a three-year apprenticeship to “boxe popolareµ – namely, a boxing style codified by leftist grassroots groups in contemporary Italy – in this paper, I focus on the experience of sparring. Complemented by Bourdieu’s concept of «habitus», I bring in the Foucauldian notion of dispositif, aiming to contribute to the advance of the «carnal ethnography» of martial arts and combat sports (MACS). I argue that sparring is the key dispositif in the boxe popolare universe of practice, relationships and representations. The sparring dispositif has strategic functions on an individual level as well as on an organisational level. Sparring is pivotal in shaping a localised «pugilistic habitus» in boxers’ bodies, while simultaneously configuring the boxe popolare cosmos, i.e., social positions, rules and meanings of the game. The dispositions generated by sparring also renew a few embodied traits characterising far-left culture. 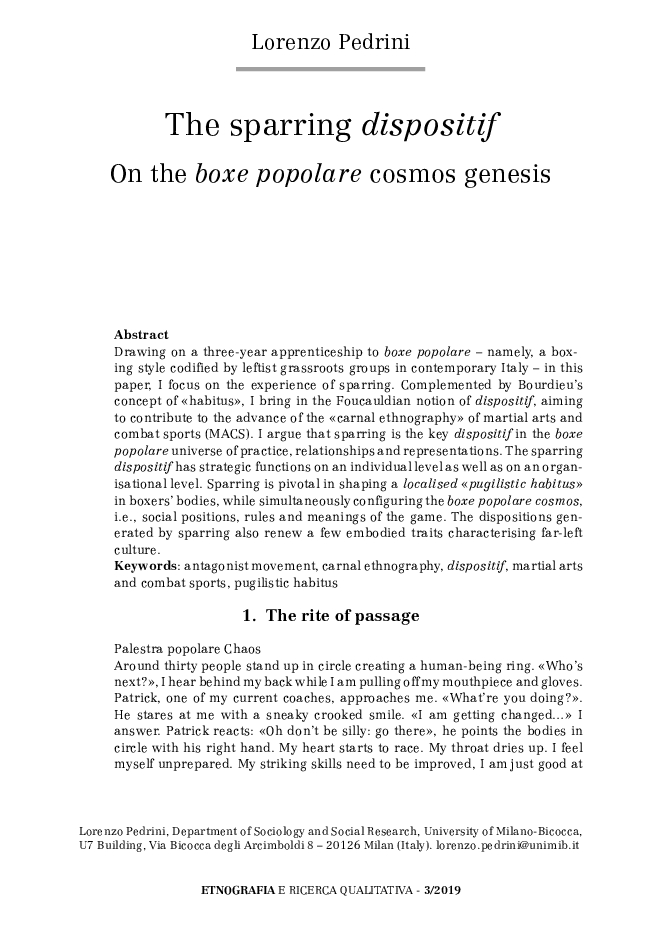