In contrast with (and opposition to) legalistic models of field ethics, anthropologists must operate with a Â«weak versionÂ» of cultural relativism that recognizes the importance of context in determining appropriate action and thereby also repudiates the universalistic claims of audit culture. This stance, a consequence of social anthropologyâs comparative epistemology, entails a strong commitment to comparisonâs critical potential. Despite its ambiguities and political biases, translation is the commonest form of comparison in anthropological practice, and itself provides a field for reflection on scholarsâ ideological and epistemological preferences. A brief discussion of how to phrase a discussion of audit culture, transparency, and neoliberalism in English and Italian thus illustrates how critical comparison can enhance awareness of nuance. As additional examples from Greece and Thailand suggest, it also rescues the core concept of value from the economistic determinism and lingering colonialist assumptions of current bureaucratic and scholarly practices. 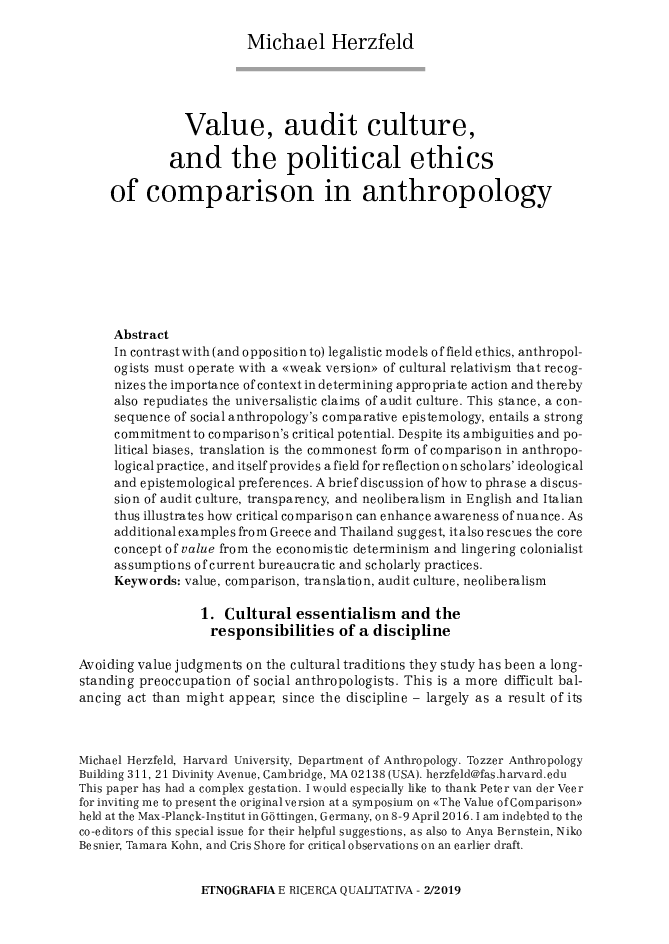