Through research conducted in the Province of Ferrara, based on 25 in-depth interviews with factory workers of middle-to-large productive contexts, the multidimensional and contextual nature of (formal) rights is demonstrated. The article aims to avoid both the juridical approach by which rights are explored only through the letter of the law and some sociological approaches in which formal rights are considered irrelevant because of their incomplete application. Rights in the factory are shown to be a complex phenomenon entailing laws, national contracts, local negotiation, the existence of specific figures responsible for guaranteeing the application of the norms, work organization, and the material dimension of the production. It is also argued that the identity of factory workers should be understood as politically marginalized rather than obsolete, and that orthodox theories of post-Fordism should be integrated by greater attention to political and historical aspects. 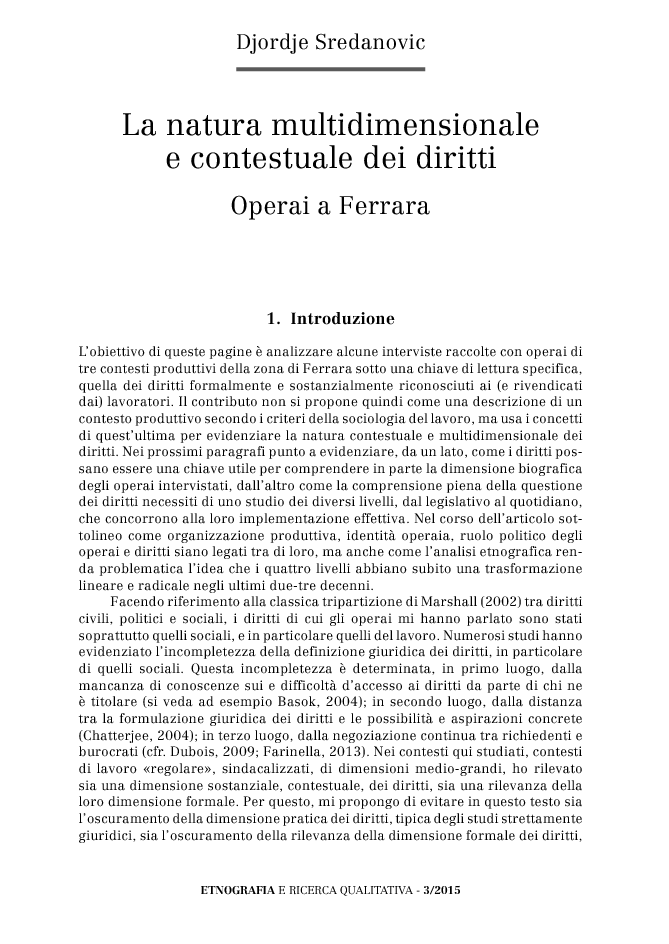