The article presents the results of an in-depth study of the electoral expansion of the Lega Nord in the political heart of the Emilia-Romagna region. In 2009, for the first time in several years, the centre-right coalition won the municipal election in Sassuolo, a medium-sized city in the province of Modena, giving the Lega Nord an unexpected opportunity to test its ability to govern the city. In Sassuolo, the party found the same contextual conditions as those sustaining its success in the early 1990s: solid work ethics, a strong presence of export-oriented, small and medium-sized firms, and a long-term but declining political subculture. In order to strengthen its presence at a local level, the Lega Nord has emphasized specific political issues and practises: a violent contrast to immigration, a wide use of the rhetorical argument: «politicians close to the citizens», a renewed attention to local traditions (eg., dialects, folk festivals, local cuisine). Their administrative experience in Sassuolo has allowed the Lega Nord to test its aspirations of becoming a national party and being an alternative system in a hostile political area. However, the party's political perspectives outside Padania are still uncertain if we consider the challenges of administration, the relationship with the centre-right coalition, and the formation of a charismatic, compact and expert political class at a local level. 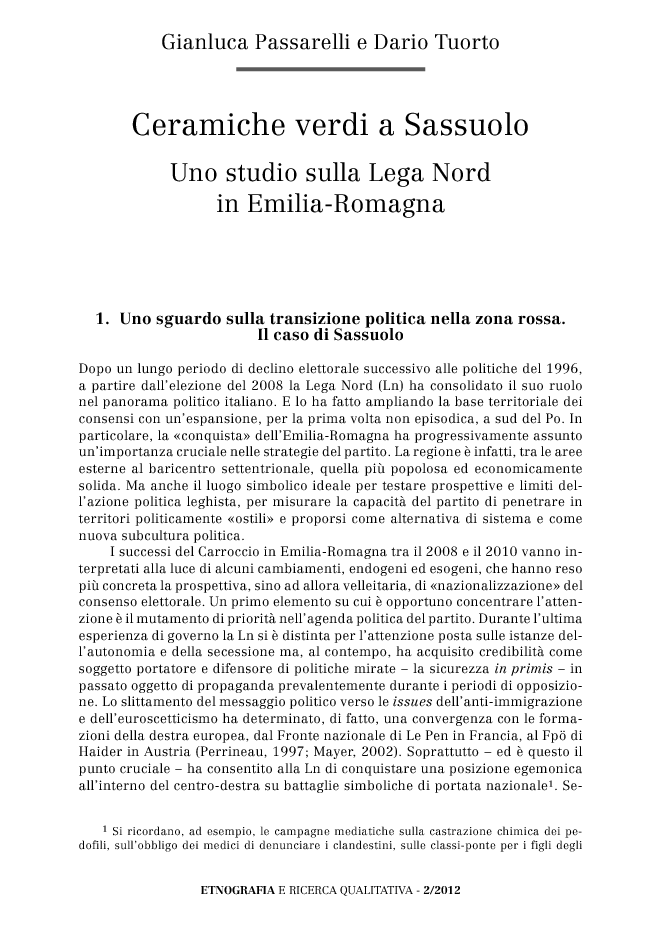