The article focuses on contemporary Catholic monks' relation with economy. The research is based on a comparative field inquiry in several European monasteries (mainly Benedictine). Fasting and poverty - two pillars of monastic asceticism - are diametrically opposed to rapid consumption, the key of modern capitalist economy. Nevertheless, work itself is an ascetic instrument for monks, a way to reach a physical and spiritual balance. Furthermore, monks try to make an «ascetic» use of their revenues, developing a system of gifts or stressing the qualitative and human side of (typically) impersonal relations like those of seller and customer, or employer and employee. Economy is therefore redefined according to religious values, and the monks we met strive to consider it as useful for the Church and the world alike. 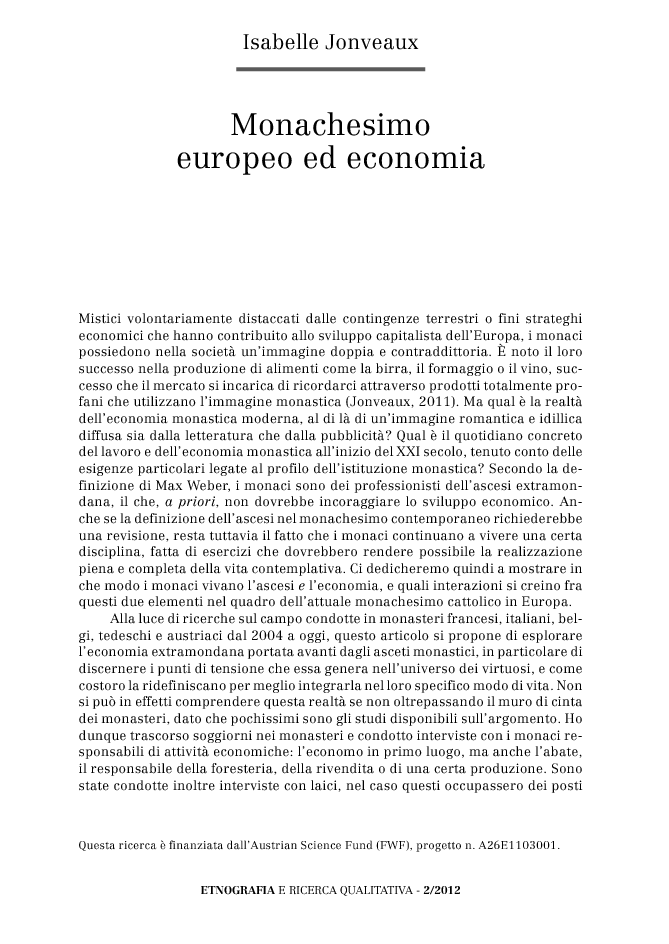