Neoliberal policy making often looks to commodify ethnic diversity with the help of ethnic entrepreneurs, especially in deprived neighbourhoods. Ethnic products and their symbolic value as both exotic and authentic are a way of making these neighbourhoods attractive to those middle classes preferred by cities. This paper, however, argues that entrepreneurs themselves can play a significant role in commodifying their products and in drawing urbanites from the city centre to less attractive suburbs. Building on a case study in Helsinki, Finland, the paper shows that some ethnic entrepreneurs activate personal networks and knowledge of the restaurant scene, which enable them to attract a segment of mainstream clientele. In order to link these results to wider debates about encounters in cities, the paper further discusses the scale of encounters that take place in these commercial spaces and concludes that policy makers should carefully evaluate which social groups are included when promoting ethnic retail 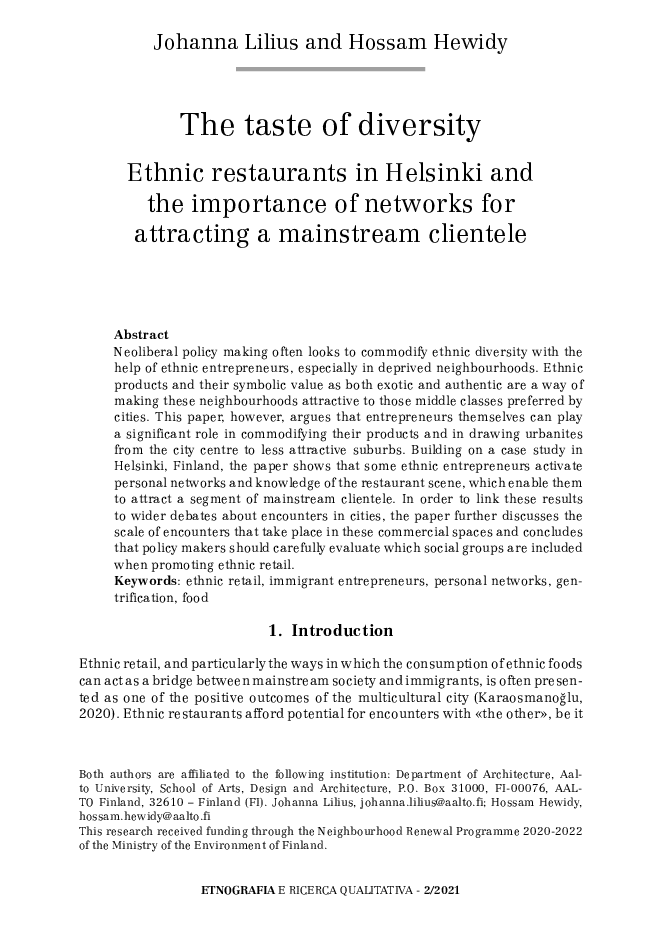