The article examines the development of the attention paid to the history of laypeople by the historiography of medieval Italy in the second half of the twentieth century. The extended interest of the research in laypeople was related to the ties with social sciences suggested by historiographers of medieval Italy, but also to the Catholic theological renewal culminating in the Vatican II Council. The main stages in this new approach are followed: from its greatest momentum (1960-1990), to a more difficult phase, which began in the 1990s, when the interest in the religious dimension of medieval laypeople seems gradually to diminish. The article underlines, among the soundest results achieved in this field, the acquisition of a better articulated image of medieval laity and the focus on the central role played by people’s choice of a semi-religious life. Finally, it points out, of the paths of enquiry that may still be profitably taken, those linked to research into the ties between laypeople’s religious experience and their locality, and those concerning the dialectic between the context of life at home and conventual life as conflicting, yet inseparable, strained but significant, worlds. 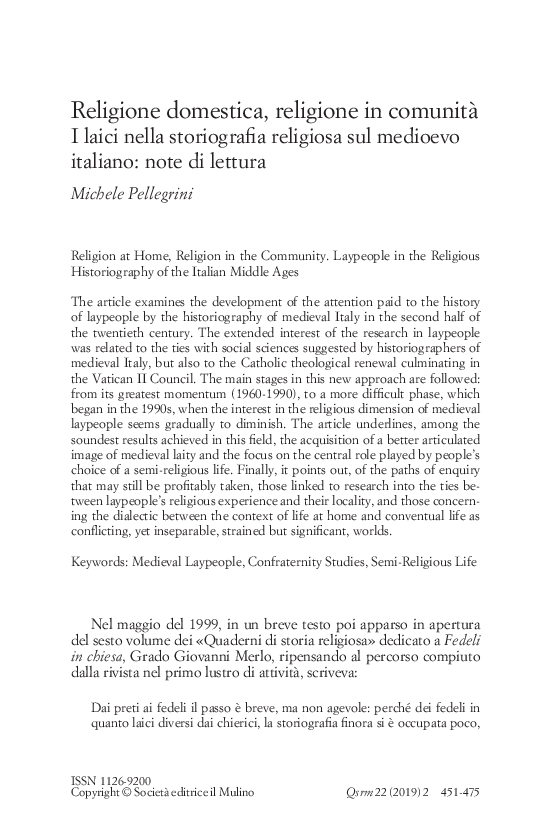