Synodal constitutions, the norms promulgated by bishops at the close of synods, represent a privileged source by means of which the history of medieval ecclesiastical institutions can be interpreted. This paper sets out to review the fragmentary surviving documentation relating to fourteenth-century diocesan synods in Italy, in order to verify whether, and how, diocesan Ordinaries recognized, protected and regularized, penitential phenomena such as voluntary reclusion, which were mainly female. In particular, the juxtaposition of synodal constitutions and the hagiographical account of Blessed Giustina of Arezzo offers a paradigmatic example of how the bishops of the fourteenth century handled the phenomenon of voluntary reclusion: on the one hand, they tolerated, directed and promoted certain forms of life in the service of God; on the other, they strove to have them definitively regulated. 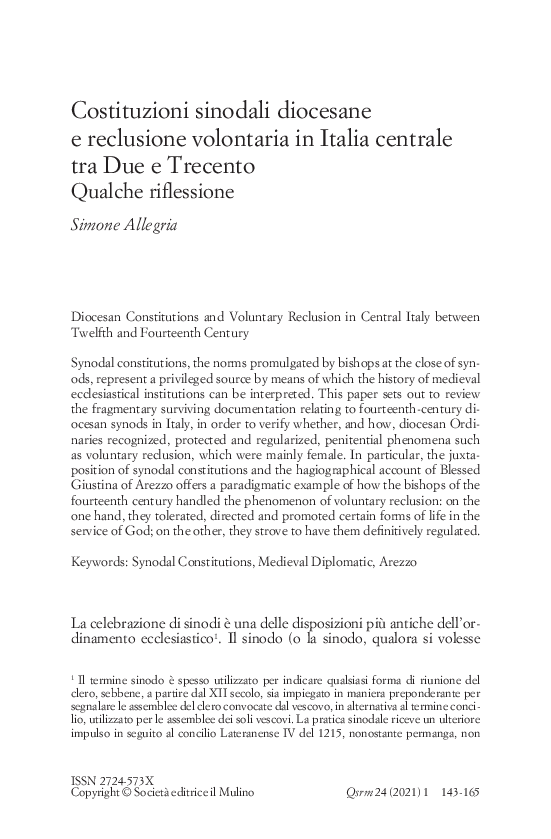