In Italy, some of the main historical roots of current Euroscepticism are to be found in the way in which the membership into the EC has been conceived, implemented and narrated. Since the 1950s, Italian technocrats often represented the EC as a key player for the introduction of rules which Italy was ostensibily unable to draw on its own. Underlying the notion of “external constraintµ there was a distrust of the national political class. But it would be a mistake to believe that the politicians rejected such concept. On the contrary, most of them soon embraced it. With the entry into force of the EU treaty the external constraint became “The Narrativeµ. In particular, the centrality of the monetary goal in the EU treaty elicited a virtually complete overlapping between the part (the Euro, as well as the Growth and Stability pact and its reforms) and the whole (the EU). The financial and economic crises erupted in 2008 and 2010 turned the European synecdoche into a negative paradigm. The Eurosceptic movement and parties abundantly exploited such pitfall. Thus, a pro-European narrative has become the groundwork for the Eurosceptic counter-narrative. 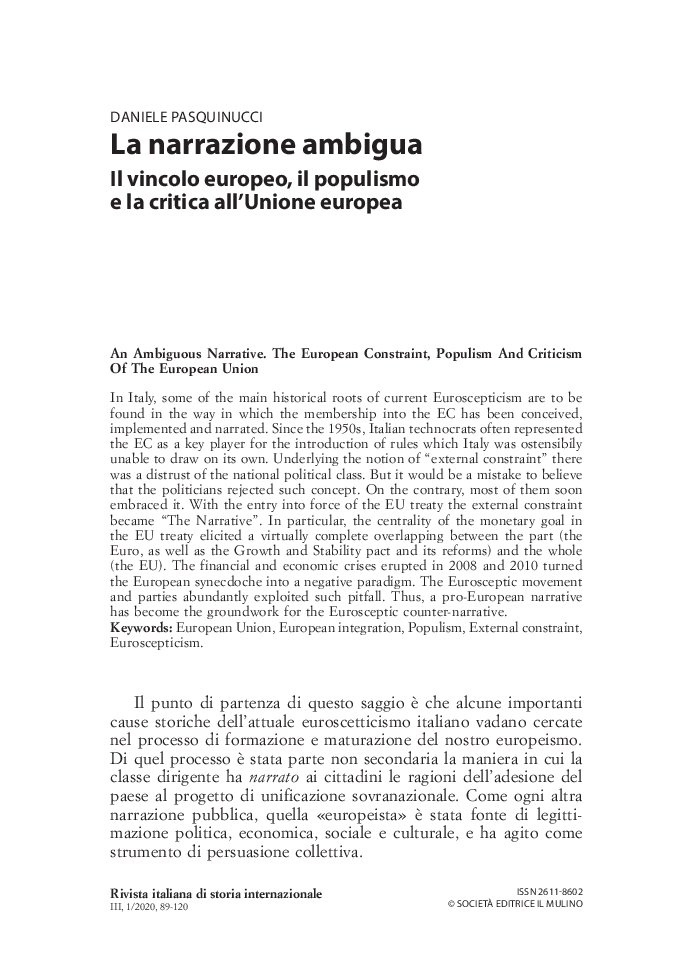