Between the middle of the 19th century and the end of the First World War, the crisis of the Ottoman Caliphate dominated the French public debate. Both in the discourses of the intellectual elites, both among those of the diplomacy and of the political class, we note an attention on the relations with the Sultan-Caliph, on the controversy on the redefinition of the French strategy in the Islamic world, and – finally – about the role of France as «Islamic» colonial power. Considering with particular attention the debate in the French diplomatic and colonial sphere, this article highlights both the incoherence de facto of the political line of the Paris government about the fortune of the caliphate, and how the «caliphate question» contributed to elaboration the idea of «French Islam» – or rather an idea of a French-colonial Islam –, more and more separate and recognizable than the rest of the Islamic world. 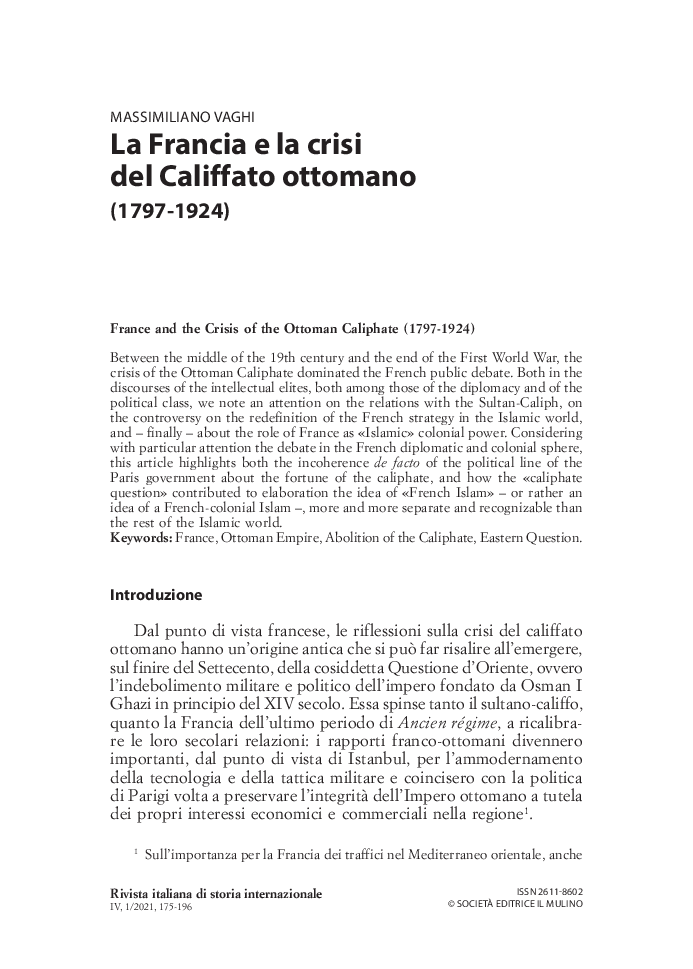