This article examines the historical process by which British authorities in Cairo in the years preceding the outbreak of the First World War embraced a proposal to appropriate the authority of the Ottoman caliphate by supporting the aspirations of a rival claimant, Husayn of Mecca. It argues that this endeavor, which became known in British official circles as the ‘Caliphate Question’ during the war, had its origins in a particular way of conceptualizing the nature of the various Islamic reformist trends encountered by the British across their imperial sphere from the second half of the nineteenth century onward. From India to the Persian Gulf, and on to Cairo, movements such as those associated with Aligarh and the Wahhabis of Arabia were assessed and evaluated by British observers seeking to uncover their basic «civilizing» impulse and potential to transcend Islam’s seemingly intractable sectarian mosaic. In Cairo, those movements which laid claim to the prestige associated with the titles of Mahdi and Caliph drew a particular interest, as the prospect of Ottoman decline raised the very real possibility of an alternative locus of universalist authority in Islam emerging in a region of vital strategic imperial interest. This article thus considers how Cairo understood the significance of the Mahdist movement of the Sudan and the al-Sanusi tariqa in terms of their status within the fragmented «Muslim world» which British officials had conceptualized. It then details how Britain’s desire to emerge as the primary Islamic power in a potential post-Ottoman world inevitably produced the Hashimite alliance and Arab Revolt of 1916. 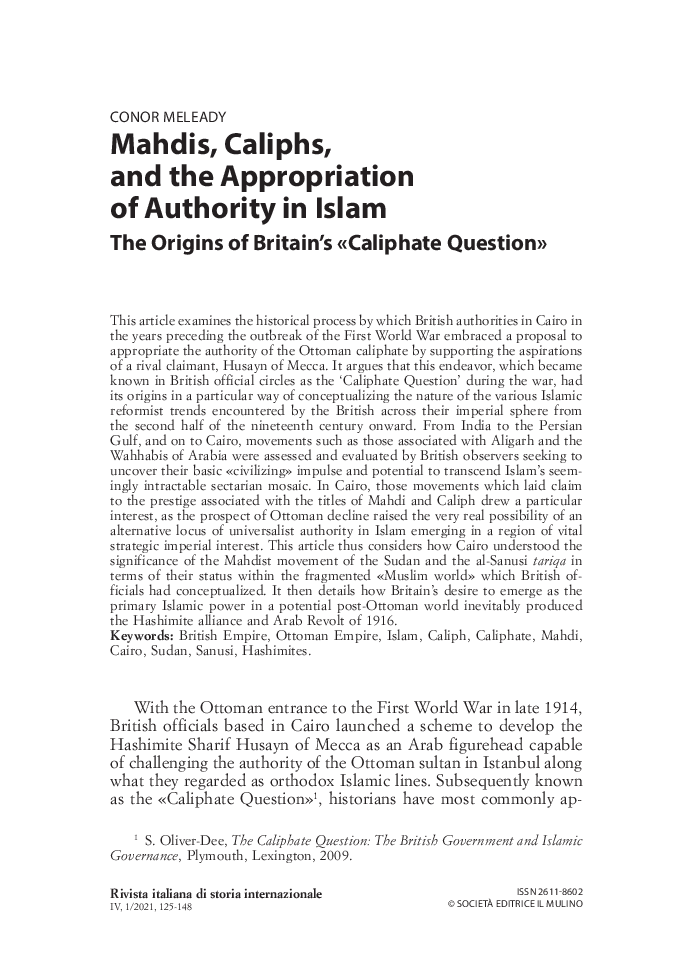