At the end of the First World War, Sulayman al-Baruni (then an Ottoman Senator and formerly a Member of the Istanbul’s Parliament for the Western Region of Tripolitania, who in these roles had assumed important positions in organizing the resistance against the Italian colonialism and later the war effort in the Libyan territories) carried out a notable publicistic activity in the context of the debate about the fate of the Ottoman Empire. Faced with the prospect of the dissolution of the empire to satisfy the hegemonic ambitions of the victorious powers, al-Baruni initially promoted, through interviews in newspapers, petitions to governments and controversial arguments, a project that would allow the preservation of the Caliphal role by the Ottoman family. The evolution of the political situation and the debate on this issue within the forces of resistance led by Mustafa Kemal saw him shift to different positions, in contrast to those who were in favor of limiting the issue to a purely nationalist sphere. This article aims to analyze some writings of Sulayman al-Baruni, collected in a pamphlet published in Naples in 1920, inserting them in the framework of his political biography and his anti-colonial action in previous years. 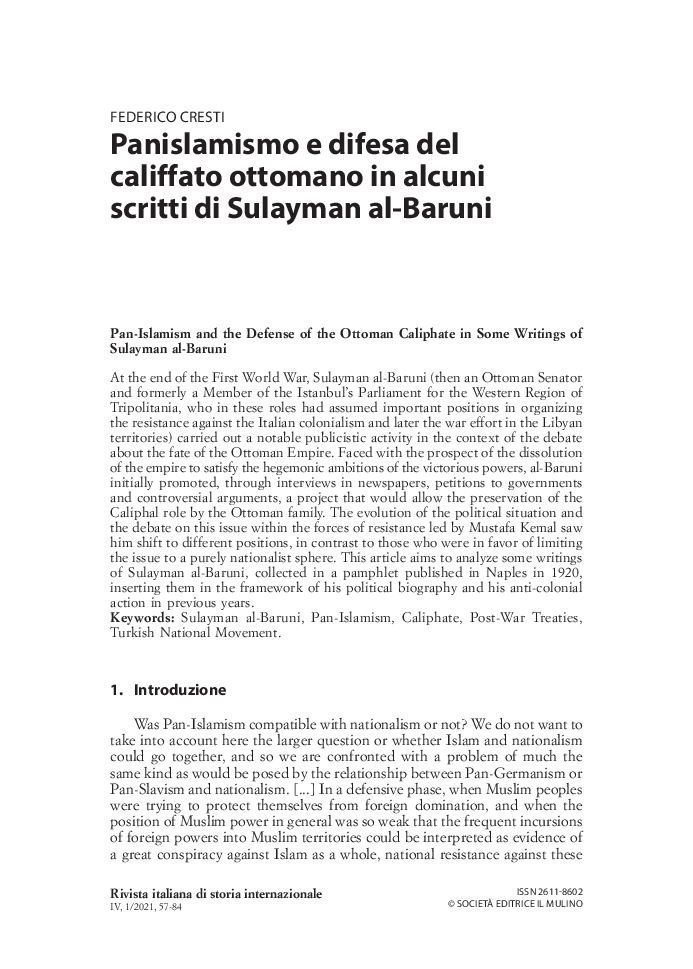