Whereas the theoretical approaches to the problem of space in social sciences have been problematised in the wake of "spacial turn" and discussed broadly in the recent years, there is still a need for empirical research relating spacing practices with religion. As it's going to be discussed in the first part of this article, space has been the central category for religious studies since the very beginning. However, the empirical studies of religious space as a product and as a mean of communicative actions are still lacking. Taking the overview of the state of research on space and religion as a point of departure, the second part of this article is being dedicated to empirical analysis of spacing practices. There is not the analysis of the very different constitutions of space within the belief systems of different religions but rather a hermeneutic reconstruction of spacing practices on the example of silent meditation ritual (also known as mindfulness meditation) based on a videographical material recorded during a silent meditation retreat in Buddhist meditation centre in Germany. Drawing on spacing as a concept that relates materiality and sociality of space into account [Löw 2001] and bringing space in close relationship with communication and body [Knoblauch 2017], the empirical analysis focuses 1) on material objectivation of the religious as a product of communicative actions of the social actors involved in the design, construction and utilisation of religious spaces, 2) on the question in what way and through what means the organisation of ritual spaces influences the structure of religious rituals and vice versa. Since the paper understands rituals as forms of communicative, or more precisely symbolic action [Soeffner 2004; 2010], the main concern of this paper is not only how ritual spaces are shaped in their materiality through translocal, polycontextual and mediatised communicative actions, but much more how ritual spaces are being constructed through the relational arrangement of social actors, objects and technologies insofar that we are able to speak about the ritualisation of the space and ritualisation of religious practices at the interface between the materiality and sociality of the religious. 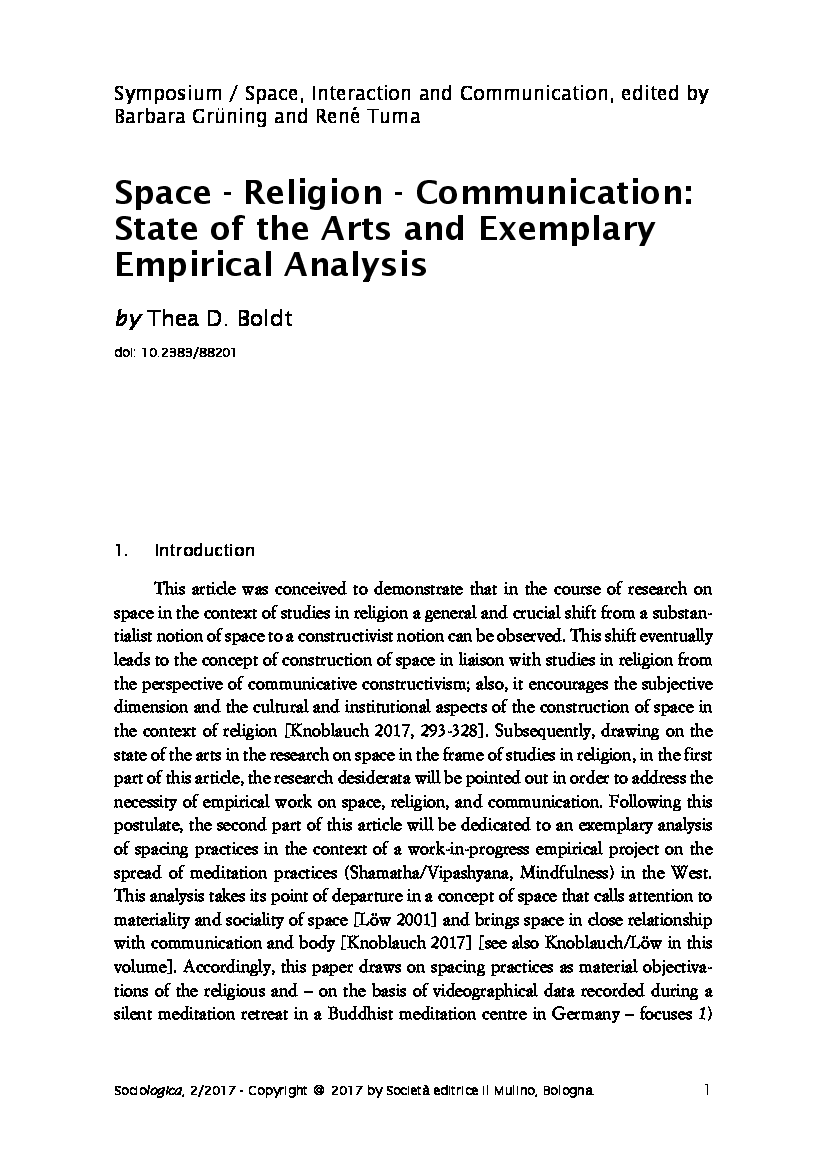