The goal of the symposium is to explore the conceptual relationship that the category of space maintains with the categories of communication and interaction, by taking into account the several issues through which this relationship has been framed after the "spatial turn". With the reemergence of Lefebvre's work The Production of Space [1974] and of Foucault's concept of "Heterotopias" [1967/1986] since the mid-1980s, first in the fields of critical human geography, then in cultural anthropology, architecture, and media studies, space is chiefly understood as produced by interactions and communicative flows among social (individual and collective) actors. Spaces (and then urban spaces) are therefore not just containers [Löw 2001] of communicative acts and interactions, but by structuring social (power) relationships they structure together social, cultural and political spaces. Hence the analysis of the link between space, communication and interaction cannot be limited neither to the manifestation of communicative acts in place nor to the influence of (new and mass) media in shaping material places. Rather it allows one at the same time to focus on the interplay between social macro-, meso- and micro processes, to gather pivotal topics in socio-cultural and political economic space analysis, and to compare critically the different (disciplinary but not only) positions assumed on these topics over time. 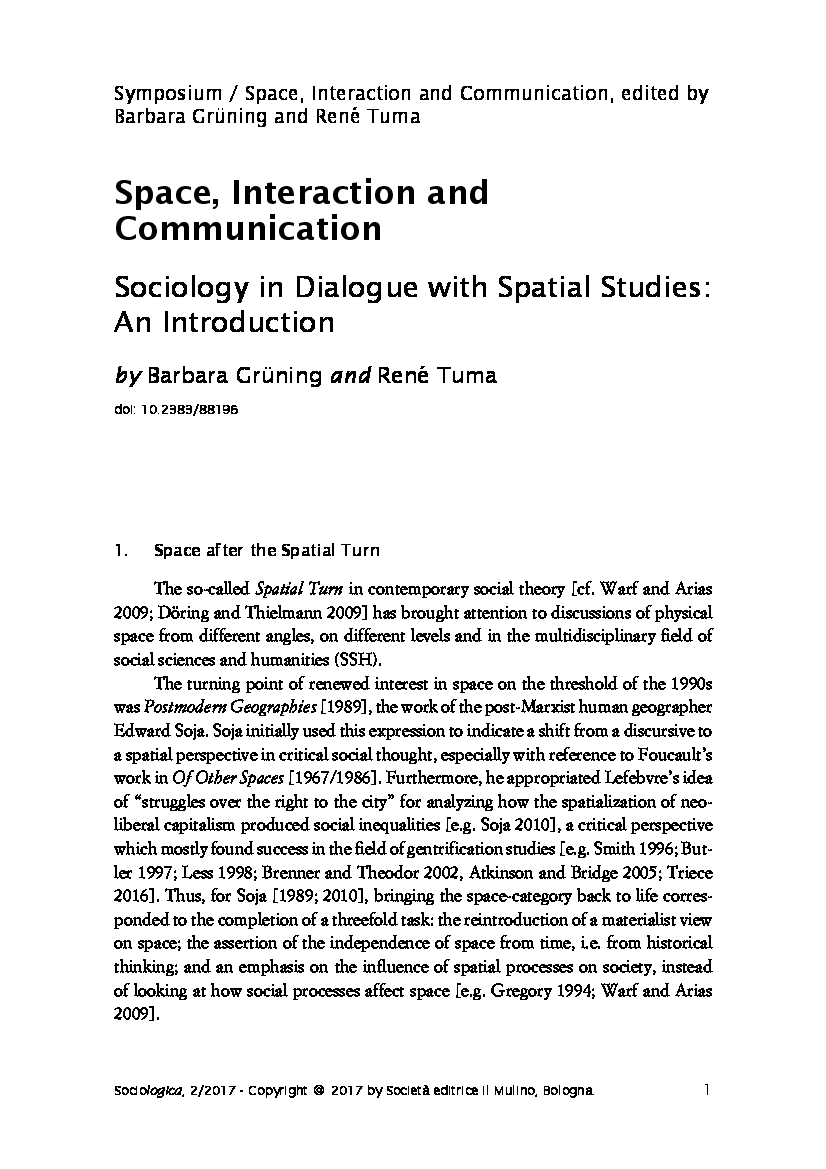