This paper focuses on Barthes' career and early American reception (1960s-1980s). It aims at showing the construction of Barthes as an intellectual figure in France and in the United States in a perspective of historical sociology of intellectuals and of social sciences and humanities. In studying how the American reception of Barthes' works takes place in the wider circulation of symbolic goods between the French and American academic, intellectual and literary spaces, it specifically demonstrates the way the crossing of national frontiers, in Barthes' case, is related to the crossing of disciplinary, professional and intellectual boundaries. The paper mobilizes different types of data on Barthes' career in France and on his reception in the United States - biographical data, publishing and translation data - and proposes an analysis of various intermediaries who imported Barthes as a reference in the American academic, intellectual and literary spaces. The combination of these perspectives allows to observe the social conditions of possibility of Barthes' first reception in the United States, the intellectual and academic appropriations of his work, as well as the way the French and American receptions of his works contributed to one another's growth and longevity. Eventually, this case study contributes to the understanding of the logics of the division of intellectual labor in transnational contexts. 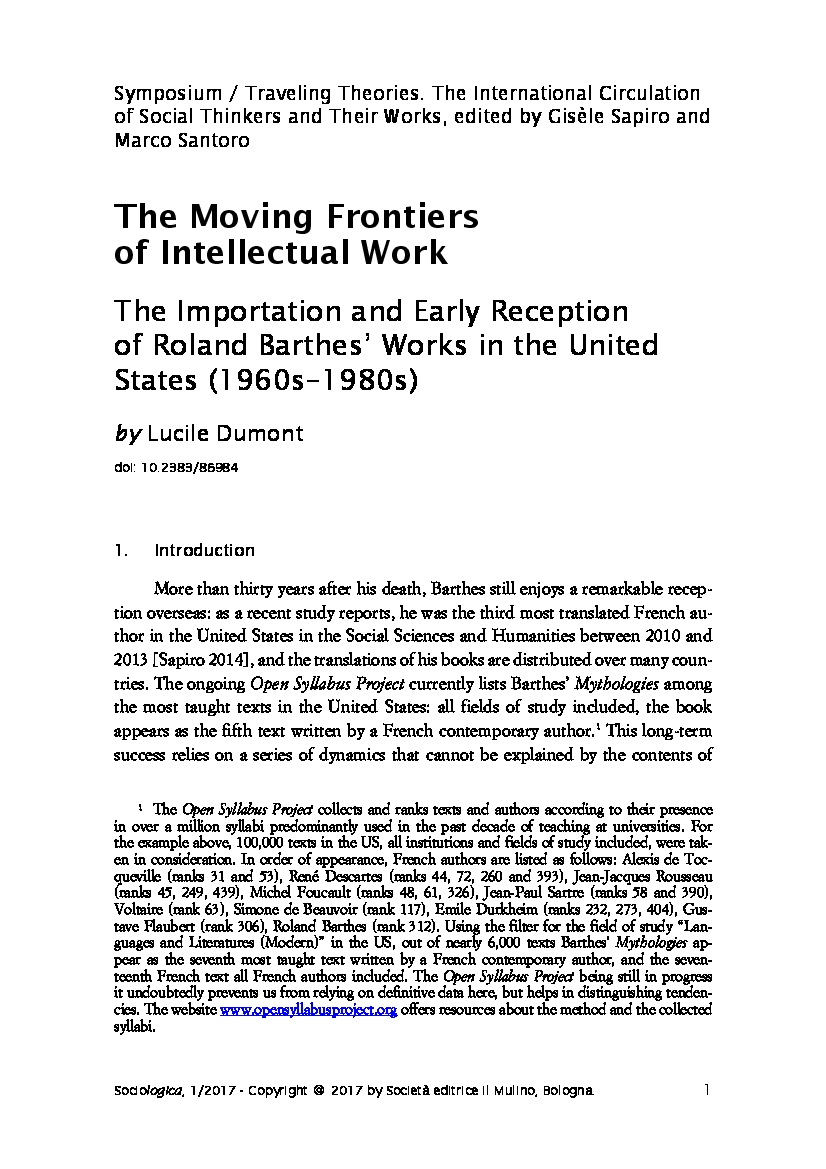