Professor of comparative literature at Columbia University from 1963 to 2003, Said is one of the most well-known and talked about contemporary academics and intellectuals. His works, some of which have been translated into more than thirty-five languages, continue to spark debate even today. Said owes his renown in part to one of his first books, Orientalism, published in the United States in 1978 and quickly translated into French in 1980. Some see in this breakthrough book the inauguration of Postcolonial Studies. According to Maxime Rodinson, Said's critique of western representations of Middle Eastern, Asian, and North African societies was "something similar to a shock" [Rodinson 1993a], notably within the European orientalist milieu. However, studies that examine the reception of Edward Said within the space of Francophone social and human sciences and that use a socio-historical approach are rare. Therefore, we have studied the citations of his work within texts written by academics and researchers and published in French and Francophone journals between 1980 and 2014. 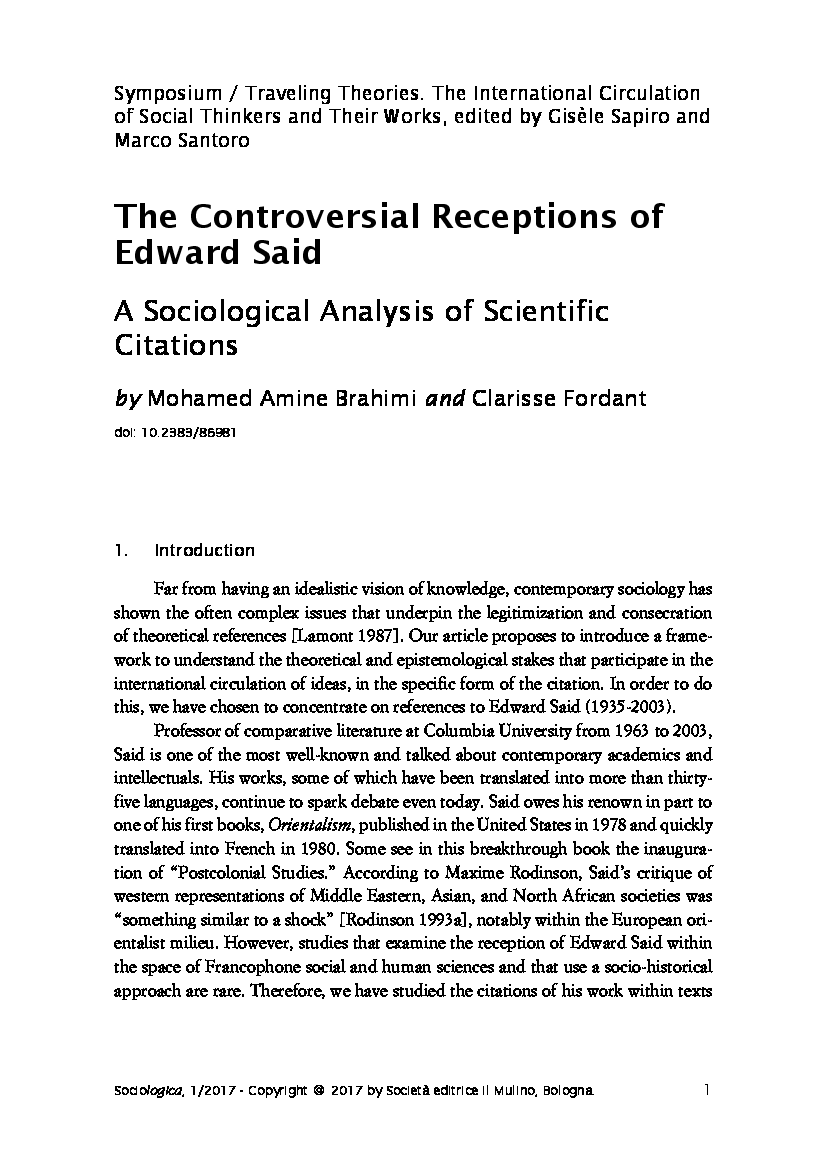