This article analyzes capital structures among women in the Norwegian field of power, based on data from the Norwegian Power and Democracy Survey on élites. Inspired by Bourdieu's field theoretical approach, and by way of class specific multiple correspondence analysis and ascending hierarchical cluster analysis, we find that three main capital axes separate internally among the women, in contrast to four among the men. Whereas economic capital polarizes strongly internally among men and in the global field of power, this dimension is not a powerful capital dimension internally among the women. With respect to social capital assets, there are no major differences between men and women when it comes to the degree of endogamy, but sectorial differences are found between the women. Finally, three main subgroups of women are identified: "outsiders," "meritocrats" and "inheritors." 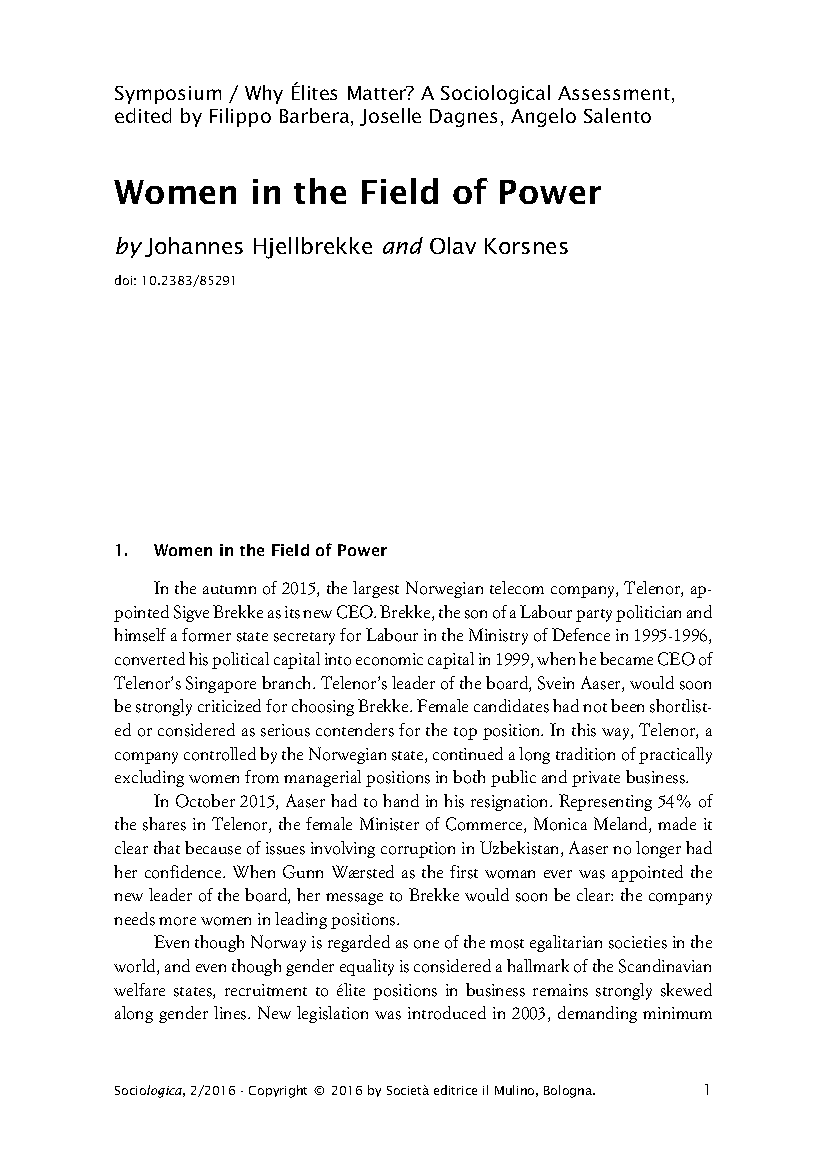