Since the growth of post-Christian spirituality in most Western countries, it is a mainstay in the sociology of religion that such spiritual beliefs, practices and experiences are not connected to a church but rather spread through market and media. Instead of focusing on the much debated commodification of spirituality, this paper explores an unacknowledged spiritualization of commodities by using a case study of online computer games. It is demonstrated that World of Warcraft, the most popular in the genre of Massively Multi-Player Online Role-Playing Games, is marketed, framed and designed by the gaming industry as an other-worldly world of re-enchantment that provides distinctly spiritual experiences for individual players. Players, in turn, argue that playing the game provides deep insights into their "higher selves" and generates feelings of "supernatural agency"- assumptions that are at the heart of the contemporary spiritual milieu. Based on this affinity between the "spiritual" milieu and the "secular" gaming industry, it is argued that both are not separate domains but rather converge in, what can be called, the spiritual experience economy. 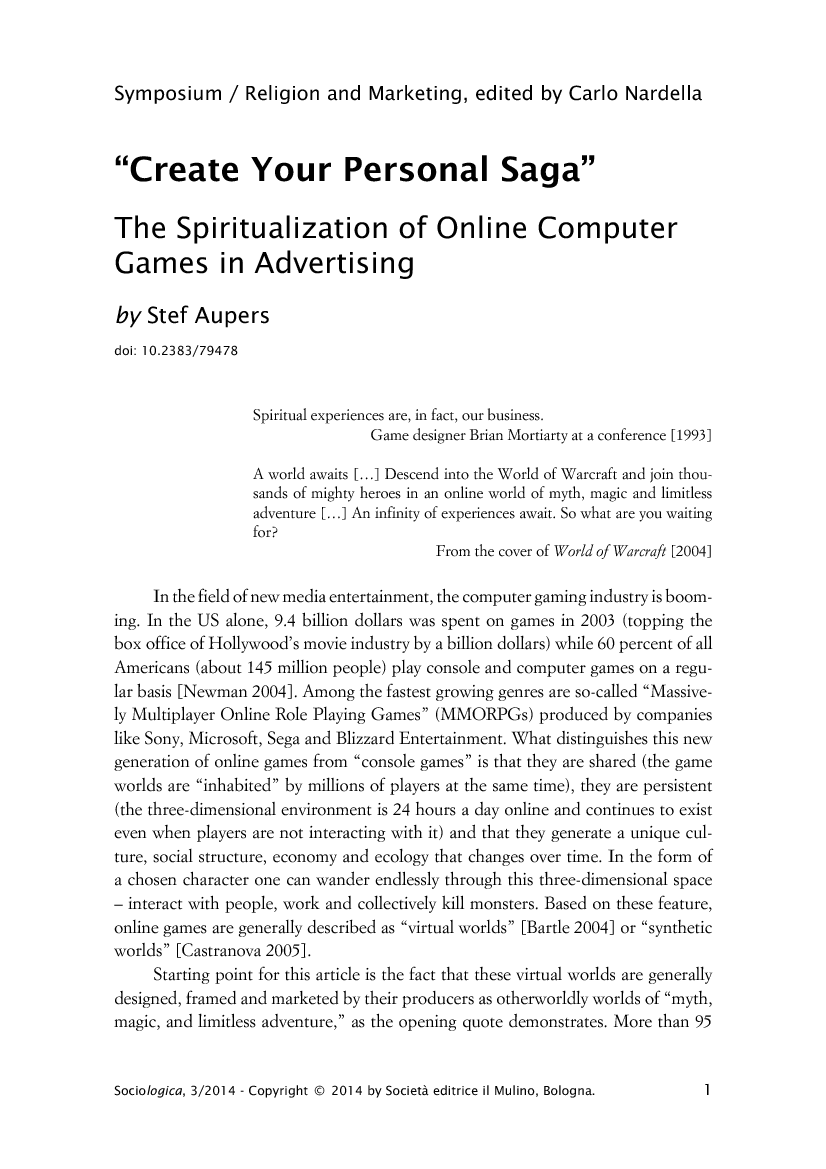