Traditional religious institutions have been slow to adapt to the new media environment and its marketing potential. This online space requires interaction with congregants and prospects, which is fundamentally opposed to the traditional top-down commandment framework these organizations are used to. Though many institutions have come to embrace media forms and even outright promotional messages, the vast majority seem still unsure how best to implement marketing strategies particularly when it comes to the online and social media environment. Evangelical churches have been most successful in using this medium by implementing a combination of consumer research and online savvy including congregations in Second Life, bible apps, virtual pews, and streaming video sermons. Slower to come to these marketing forms have been the more traditional churches. This is due to a confluence of issues: bureaucracy, lack of experience with technology, tradition and needing to appease a number of stakeholders being key among them. One exception is the Episcopal Church, which has come to embrace new media while maintaining their traditional roots. This paper will examine the landscape of social media marketing as used by "untraditional" churches in the United States and what traditional faiths have come to realize they, too, must implement in order to remain part of the cultural conversation in the midst of dwindling attendance figures. 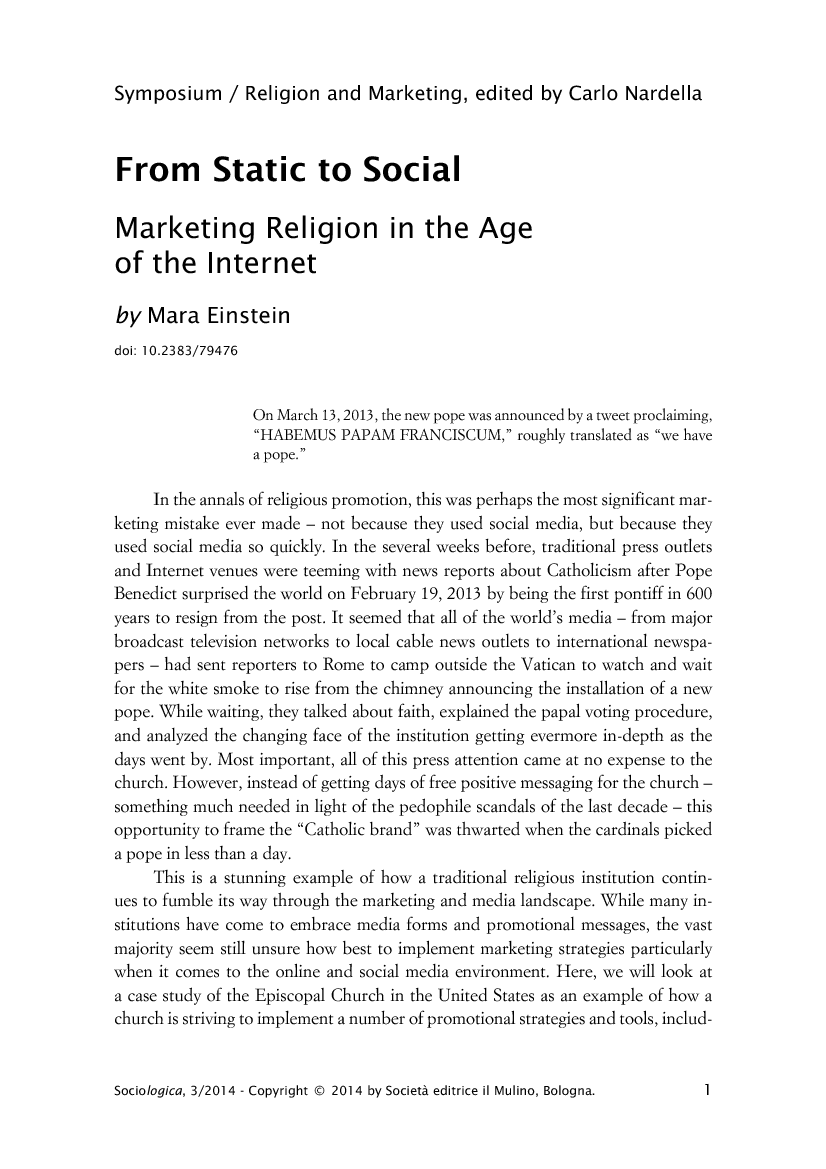