Territory has been traditionally imagined as almost the opposite of mobility. But, is this the only way to imagine territorial phenomena? In this piece, I argue that, by casting a new outlook on the "sedentarist paradigm," it is possible to develop a conception of territory which might be beneficial to mobility studies. Indeed, mobility studies have underestimated the force of territories. A double move is thus necessary to capture at best the nexus of mobility and immobility: mobilizing territories, on the one hand, territorializing mobilities, on the other. It is not simply a matter of recognizing that often the creation of certain forms of mobility for some actors is correlative to the creation of a number of immobilities for other actors, or even for the same actors in a different respect or capacity. Rather, we should be able to explain social relations themselves in terms of composite ways of spatialization and territorialization. 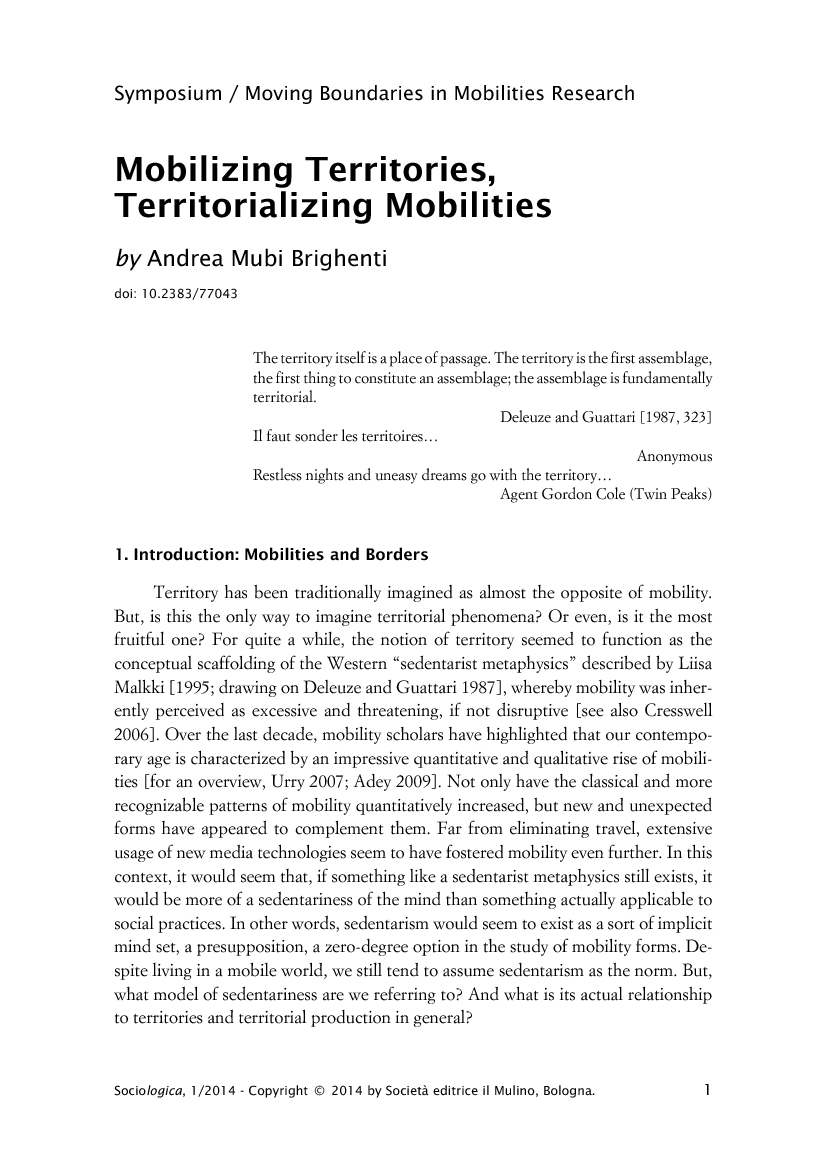