Since the French Revolution, intellectual and popular cultures of the West have been characterized by tropes of "unmasking," a kind of exposure that purports to show mendacity and domination operating unseen beneath the surface of human affairs. Karl Mannheim was a particularly astute commentator on this phenomenon. His Ideology and Utopia (1929) and cognate writings offer an account of unmasking that is detailed, contextual, nuanced and critical. While he grants that unmasking was a condition of sociology's emergence, Mannheim argues that it has outlived its usefulness for purposes of explanatory understanding. He further decries the destructive impact of unmasking on political discourse: an openly debunking attitude poisons the well of principled dialogue by claiming one's interlocutor to be either a charlatan or a dupe of history. Critics such as Hannah Arendt and her mentor Karl Jaspers went further, condemning unmasking as execrable in principle and depicting sociology and psychology as major casualties of its rhetorical excesses - Mannheim's sociology of knowledge included. This article describes Mannheim's analysis of unmasking, the rhetorical moves he employed to move beyond the unmasking mode, and objections to his project of Jaspers and Arendt. Mannheim's reception is muted today while Arendt's is on a steadily rising curve of appreciation. But a reconstruction of Mannheim's ideas on unmasking reveals an author who, at the time Arendt sparred with him, demonstrated a far greater comprehension than she did of the history and stakes of a topos that pervades modern thinking. 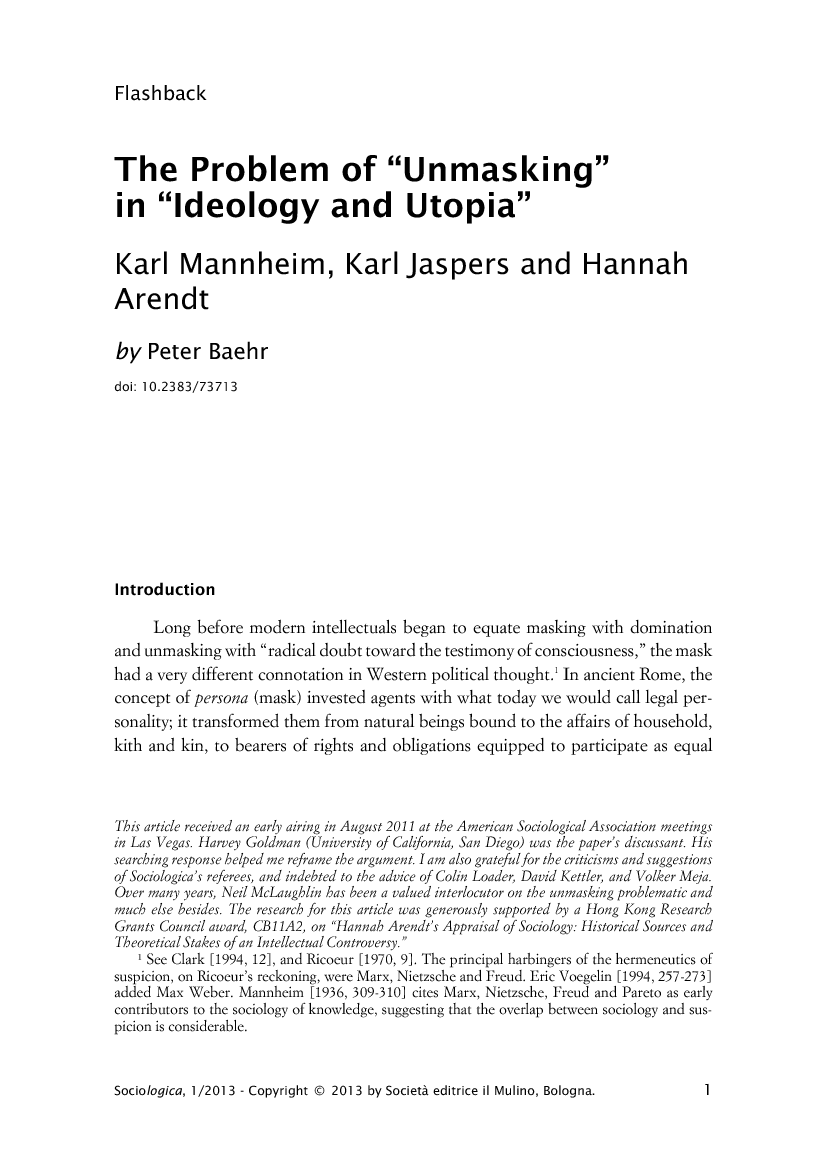