In its hermeneutically rich reconstructions of "Axial Age" breakthroughs in the world's great religions, RHE provides an all-important historical explanation for the autonomy of culture vis-à-vis social structure in the present day. Powerfully documenting "Eastern" as well as "Western" Axial breakthroughs, RHE goes beyond the Orientalism that distorted Weber's own historical and comparative sociology of religion, which restricted such breakthroughs to the Judeo-Christian tradition and its offshoots. Because RHE is a progressive narrative about the creation of new capacities, it cannot systematically address the dark side of post-Axial societies. RHE advances two possible lines of explanation. One is that earlier, Archaic modes of subordination and domination have continued to stick; the other is that there are contradictions inside Axial transcendence itself. Is it possible that Axiality facilitates reification and othering? If so, what cultural and institutional resources might serve as antidotes? 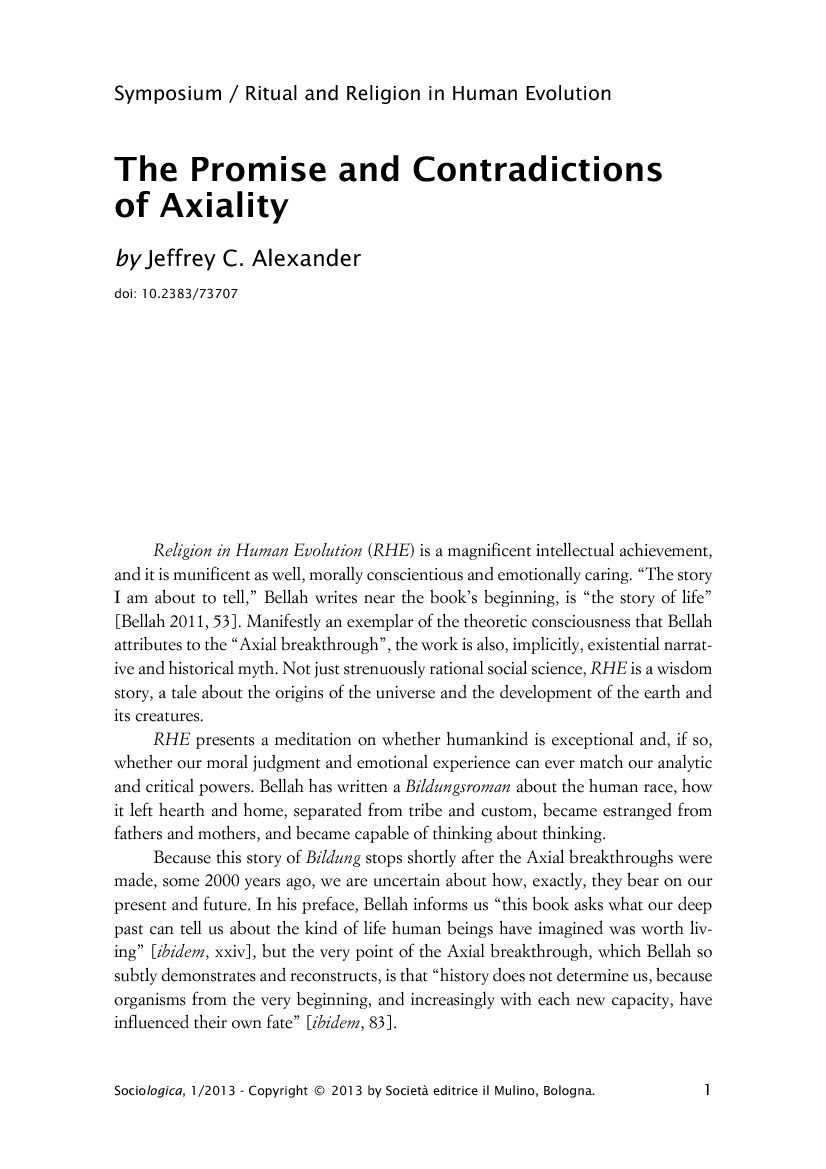