Daniel Little's characterization of Analytical Sociology (AS) as essentially hard to distinguish (beyond some relatively minor points) from "sociological best practice" as traditionally conceived opens up a puzzle, since AS is usually thought of as a insurgent (and presumably novel and counter-normative) Scientific Intellectual Movement (SIM). In this comment, I address this puzzle. I argue that AS is an anomalous SIM, one that has all of the external characteristics of successful cases (e.g. resource mobilization), but who's intellectual content represents an explicit codification of standards of research that have formed the core of the sociological mainstream form more than two generations. AS thus fails at a key criterion defining a successful SIM, namely, saying anything that could plausibly arouse resistance or opposition from the sociological mainstream. 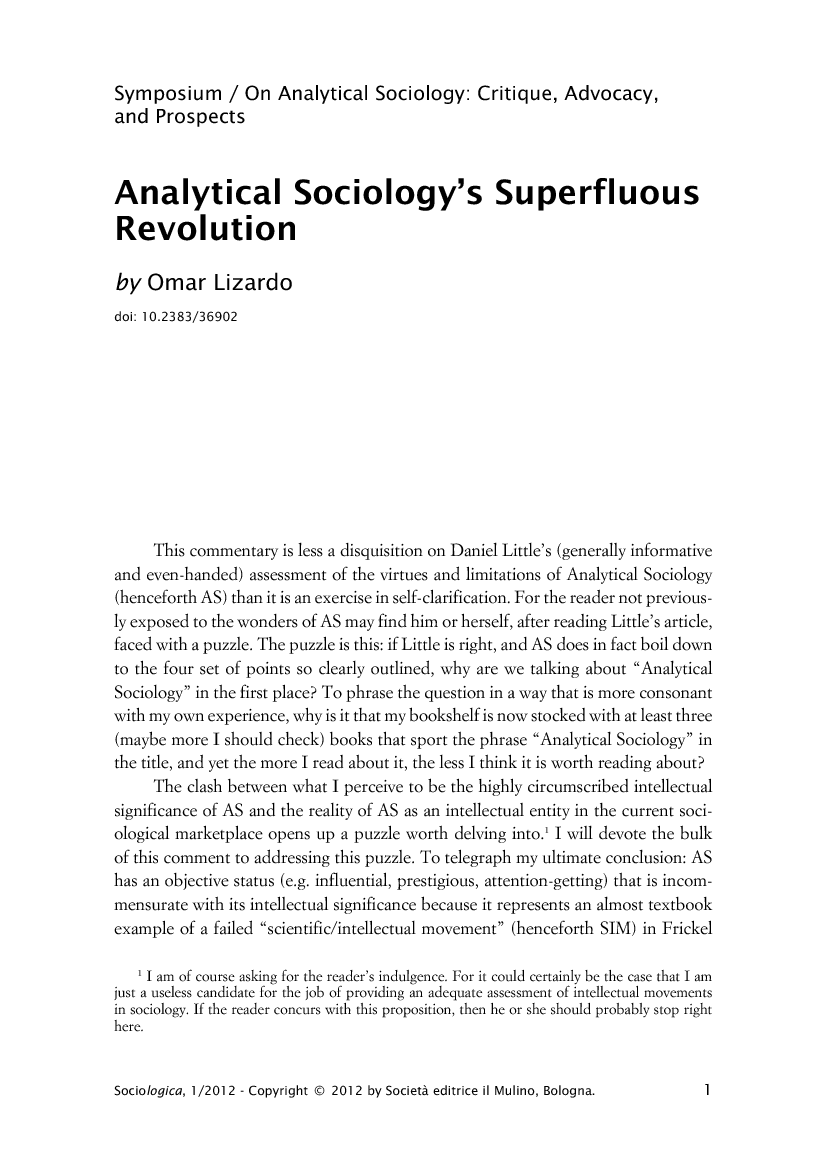