In this comment on the major contribution by Anton Hemerijck, Jason Beckfield makes four arguments. The first argument is that, in imposing "market fundamentalism" since the Single European Act (SEA) took effect in 1986, the EU has accomplished the Americanization of the European Social Model. As Hemerijck notes, the current crisis presents an opportunity to reverse this process. Second, any market, no matter how social its foundations, commodifies; and as an institution, any market creates winners and losers. Third, although Hemerijck creatively argues for a virtuous circle wherein successful social investment is reinforced by market investment, the inherent contradictions of capitalism could create economic incentives for capitalists to undermine social investment. Fourth, a "forward-looking social pragmatism" (in Hemerijck's words) that could counter market fundamentalism requires as a necessary condition the formation of a self-conscious European public. 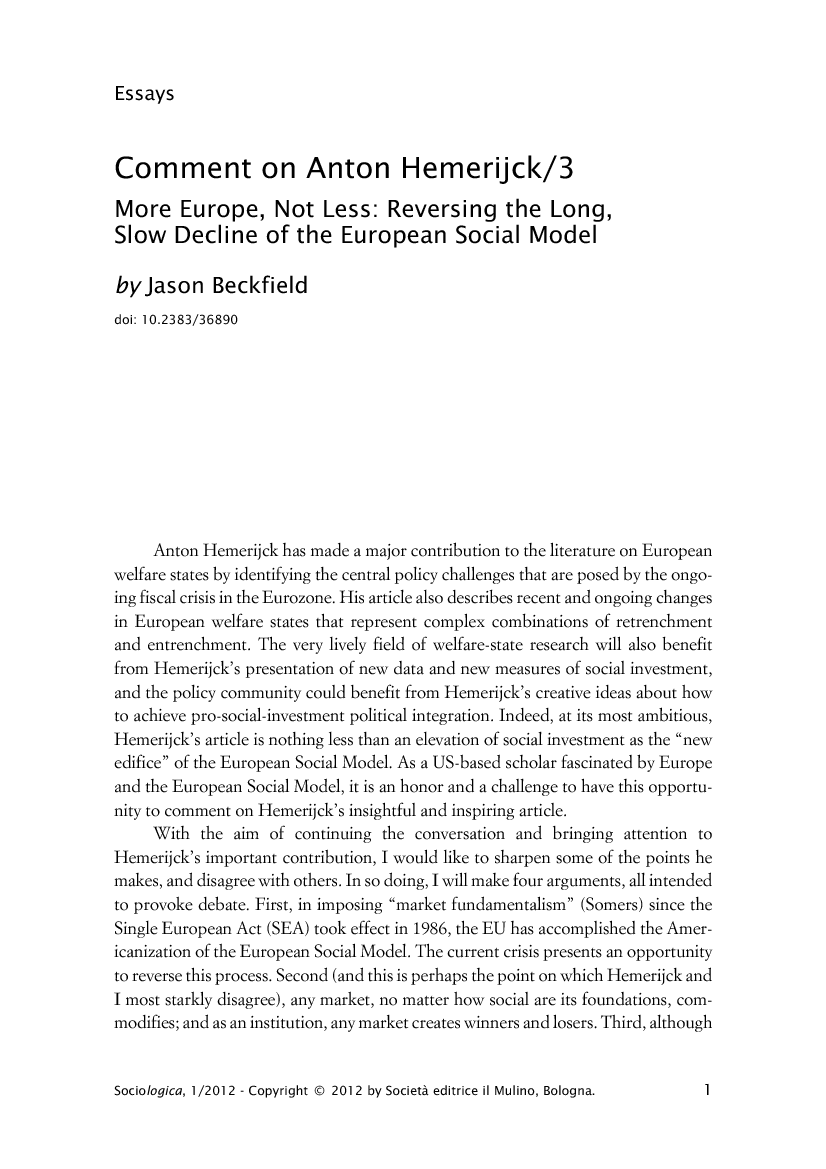