This comment responds to the ambitious article of Anton Hemerijck on the social investment perspective in Europe and the evolution of the "eurocrisis." It first addresses his approach on the last thirty years changes in the European welfare states and questions Hemerijck interpretation, according to which the translation of the social investment paradigm into new welfare provisions has been largely successful. Then it highlights how the success of new paradigm at a European level depends on a high degree of supranational cooperation especially on fiscal policies: it is notoriously difficult to make progress in this field! Finally it criticizes the Hemerijck optimism on the evolution of European economic and social policies: until now there is not a shared vision on social Europe. On the contrary the European crisis management and "austerity" policies imposed on Portugal, Italy, Greece and Spain (the so-called PIGS) at the European level show a lack of any common interest or destiny. This raises thedoubt as to whether a "European" political class does really exist. A real paradigm change, from the neoliberalism approach to the social investment perspective, probably requires a very strong push from "below", from European social movements, unions and grass-roots organizations. 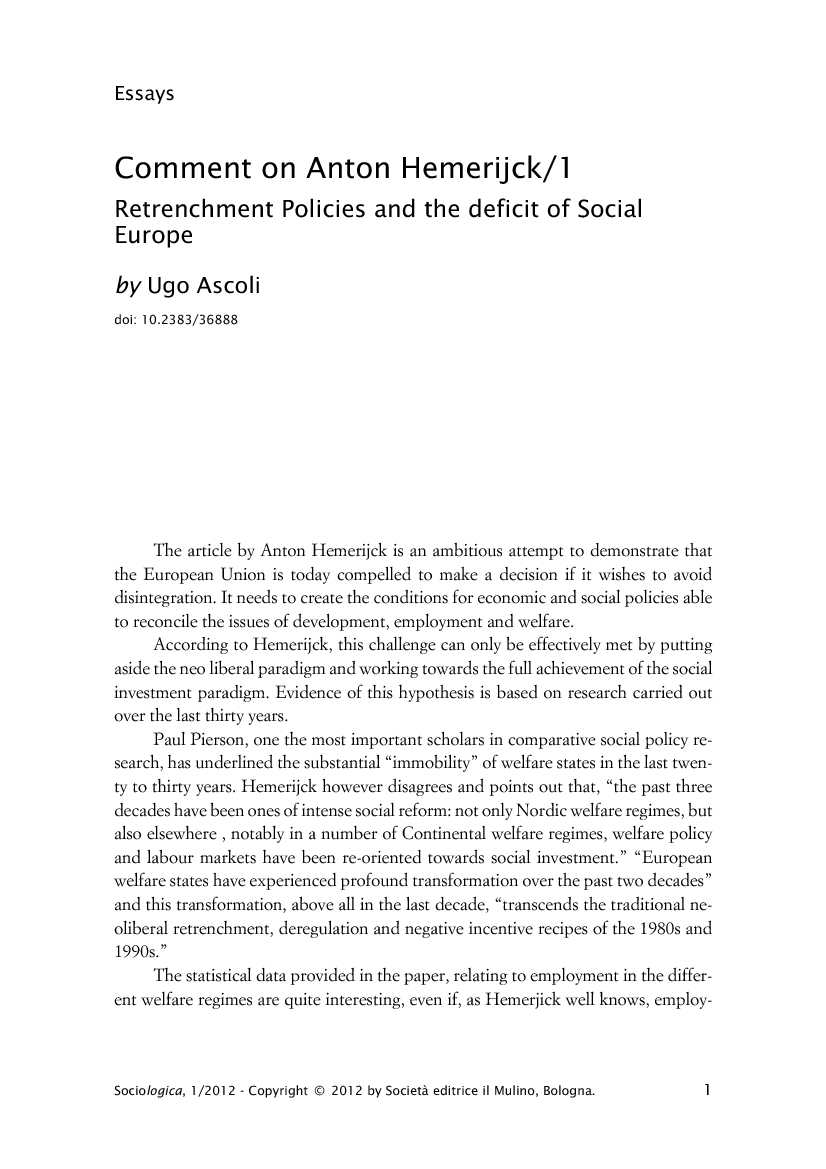