The essay surveys the author's scholarly and political work as a historian and interpreter of the Mafia phenomenon in the last forty years. Santino's work has aimed at correcting stereotypes (against an emergential and anti-statist understanding of mafia), integrating paradigms (mafia as a sui generis kind of organized crime and economic firm), and veryfing through many diverse empirical studies a complexity-based paradigm. Mafia is understood as a peculiar outcome of the interaction between crime, economic accumulation, power, cultural codes, and consensus which produces an extended criminal association which also includes professionals, entrepreneurs, civil servants, and men from the institutions. The essay also surveys Santino's political and civil commitment as the custodian of the memory of Peppino Impastato and his collaboration with political and judicial actors in the pursuit of truth about the mafia. 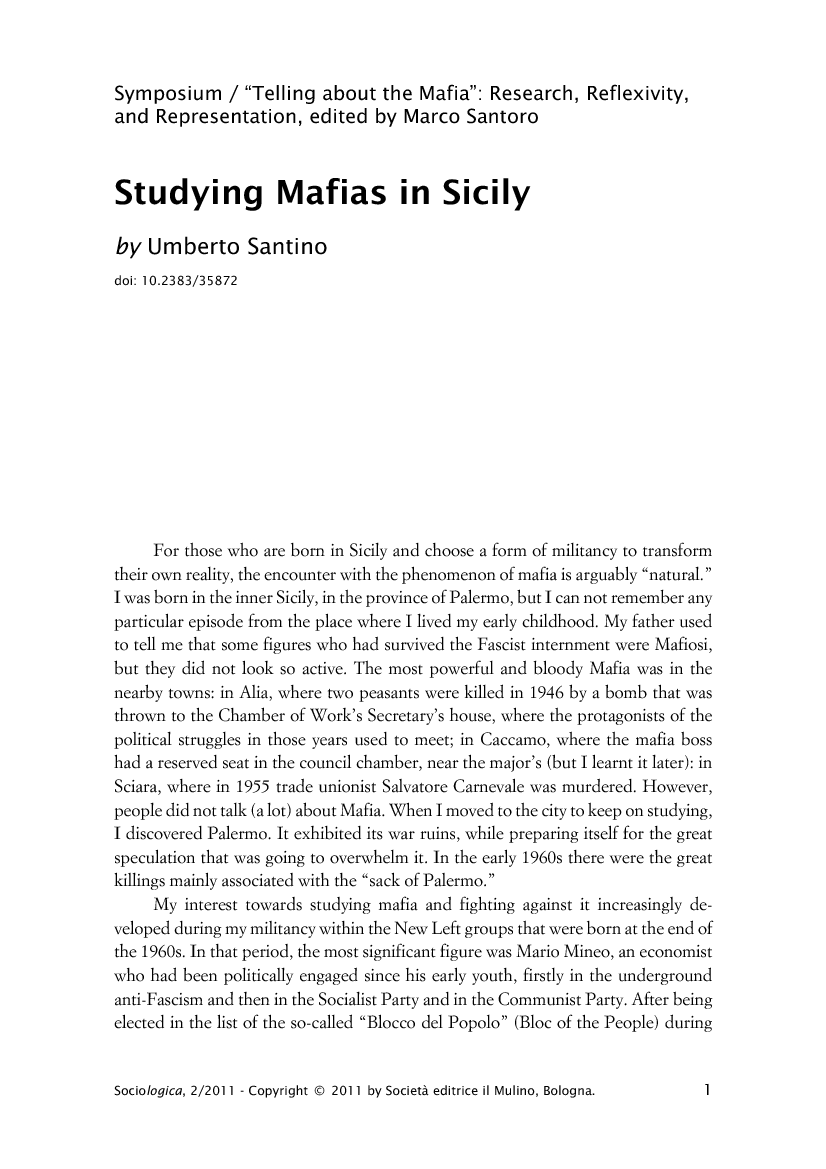