In this article the possible interest of a new reading of Sombart's essay Why Is There No Socialism in the United States? is evaluated. The book, published more than a century ago, has not achieved the status of a sociology classic; nevertheless, it is intellectually interesting from a triple point of view. First, re-reading Sombart's book is a very good chance to approach an author who, while not a total outsider to the sociological tradition, is not very well known today. Second, the question of the failure of socialist movements in the United States is an intellectual puzzle - one of the key features of American exceptionalism, indeed - that has a clear theoretical and historical interest from a sociological point of view. And third, from a methodological point of view, Sombart's work on socialism in the United States is, according to the standards of his time, scientifically insightful and sociologically penetrating, and it illustrates the practice of controlled and sound comparison in social sciences very well. Moreover, Sombart's essay can regain some relevance today due both to the current economic crisis, with capitalism facing its worst nightmare from the thirties, and the recent election of a new Democrat president in the United States, whose political positions could appear to be close to European social democracy. 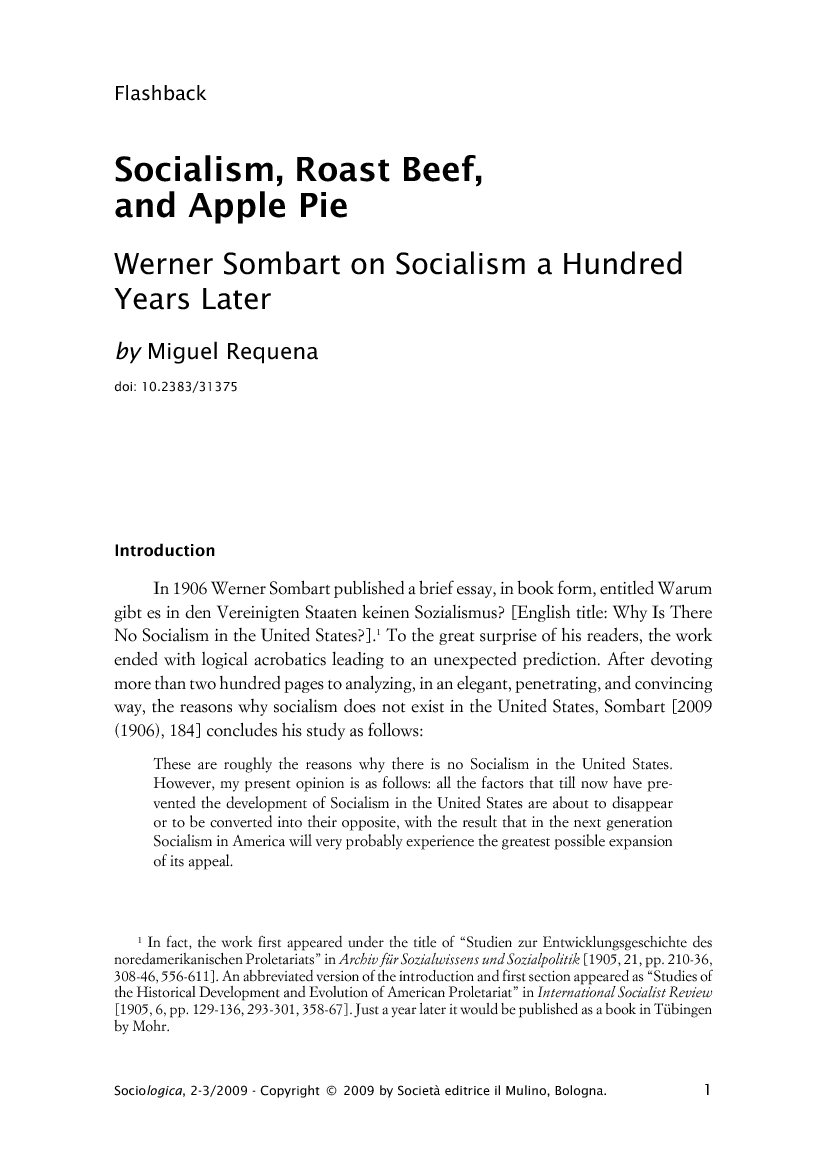