In March, 1998, Pierre Bourdieu and Loïc Wacquant published "Sur les ruses de la raison impérialiste". Because of its engagement and style, this article could be catalogued as a manifest, honoring the genre by standing on the hinge between academic literature and political denunciation. It appeared for the first time in Actes de la Recherche en Sciences Sociales; it was translated immediately to Portuguese and German, and a year later to Spanish and English. While some scholars considered this article scarcely relevant, others recognized it as one of those texts that "make history". However, the data collected shows that its circulation was marginal in the US and it had minimum reception in Latin America. Besides, it wasn't included in the books that extended world widely the diffusion of Bourdieu's critical work on Neo-liberal doxa and Americanism -namely Contre-feux. 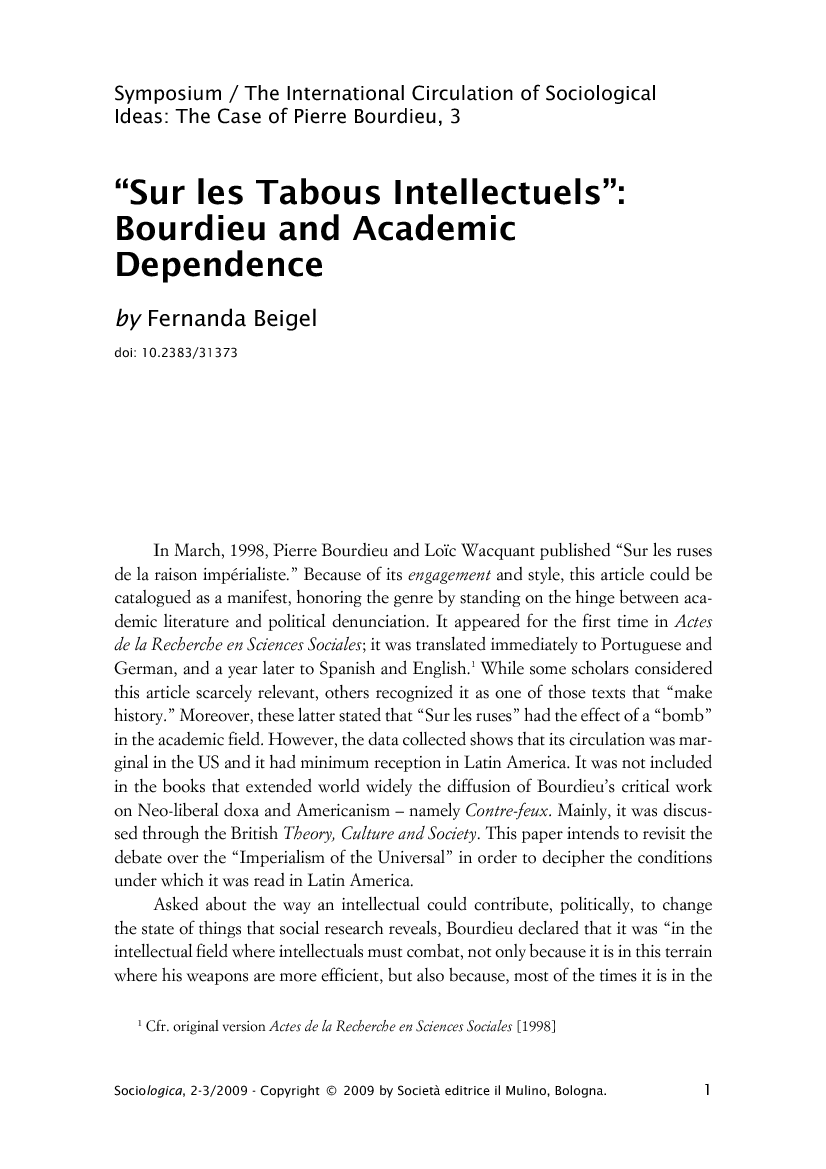