Explanations based on rational action models are important for sociology, not only because this paradigm makes behaviour the consequence of immediately comprehensible reasons, but also because it furnishes explanations that can be generalized. Explanations different from these, today widely used in sociology, valid only in reference to a single phenomenon. Hence, the rationality model gives rise in the field of social action to a form of knowledge able to accumulate its results over time. At the same time, however, the adoption of the rational action model entails certain risks for sociology: particularly the loss of its specificity. The rationality model explains social systems on the basis of individual choices, showing how individuals form society. The specificity of sociology, however, lies in another direction: there is not only society constituted by individuals but also individuals (their ideas, their values, their choices) constituted by society. It would be paradoxical if sociologists adopted the rational choice model to defend their discipline, only to lost it entirely. 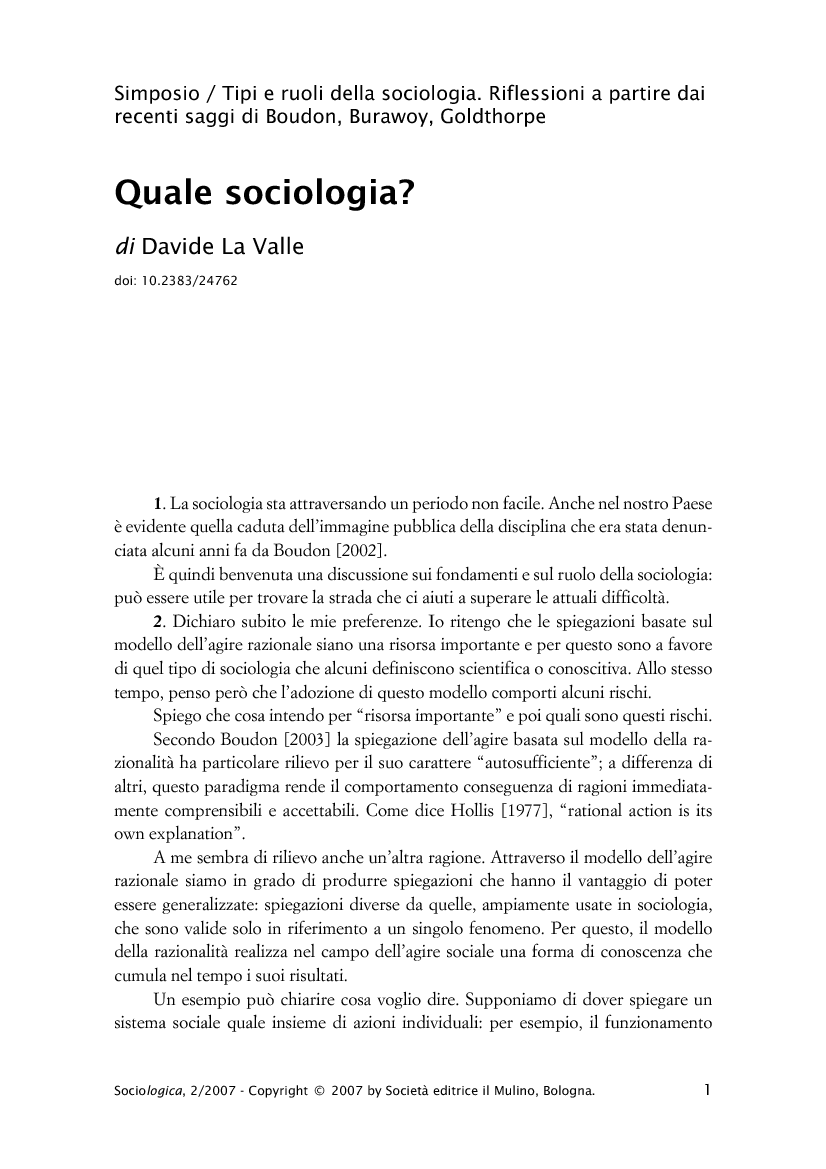