In the last few years, low cost carriers produced a significant increase of tourist flows in the areas around the airports they're based at. However, these airlines are motivated to achieve the highest load factor not considering the type of passenger transported. The economic changes recently occurred in Europe (such as economic crisis, income decrease, evolution of exchange rates, etc.) has led the Low Cost Carriers to change flight connections on the basis of the evolution of transportation market and the economic advantages; this caused strong differences in the profile of passengers at the airports and in the surrounding areas and, consequently, new implications on the local tourism, which requires a new strategy profile. Bergamo Orio al Serio Airport, also due to its proximity to Milan (50 km), became popular with low cost airlines at the beginning of 2000. Currently, it - which is entirely charged by low cost carriers - is the third airport in Italy in terms of passengers (about 9 mln), behind Fiumicino (Rome) and Malpensa (Milan). This paper aims to show the trends described previously, focusing on the Orio al Serio Airport through an analysis based on the data from the annual survey on international tourism carried on by Bank of Italy. 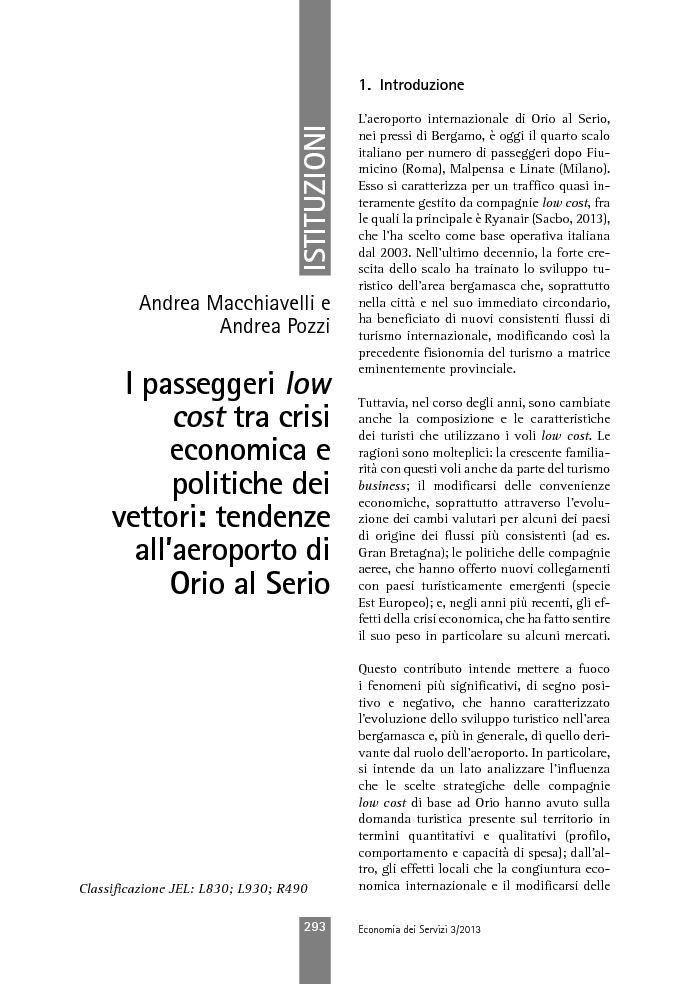