The paper investigates the 2008-2009 economic crisis, especially on its international macroeconomic effects in terms of political instability and worldwide economic decline. The sovereigndebts and the still growing financial imbalances of households and firms, press on the future of the European Union, as a whole, as well as of the major EU's member states. Each of them has been affected in disparate ways and showed different capacity of reaction to the economic stimulus. Italy has been particularly understress. The roots of these troubles still lie in a huge public debt and a low growth rate, two factors together that make clear that the economy might not be able to generate enough resources to pay for its debt in the short run if it is not projected to develop more than the European average for the next few years. Thus, the service sector, renewed, could be a useful macroeconomic flywheel since it accounts for an increasing share of value added, employment, and capacity of redistributing resources that strongly affects countries' performance and Italy, too. 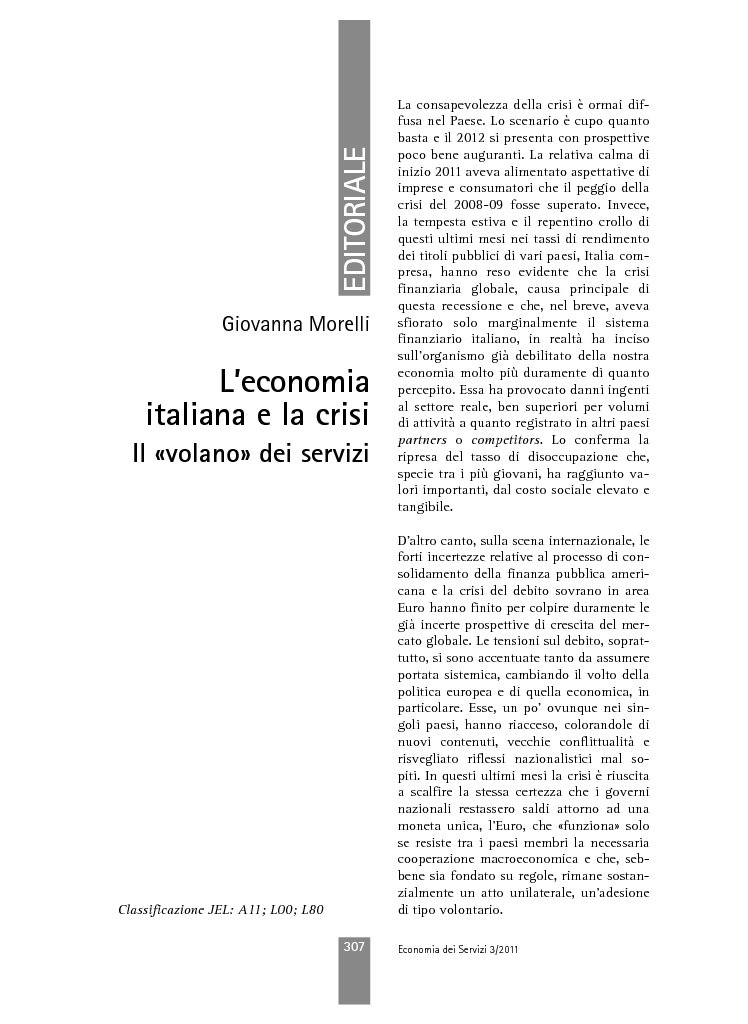