Born as the "subprime crisis" in the US, in a two year time the financial and economic crisis has assumed truly global features, as it has involved the entire spectrum of countries and geographical areas together with a very wide set of markets and sectors. Remarkable differences, however, should be underlined as comparisons are made between the present experience and past histories as well as on the basis of how different countries react to the same crisis now. Italy is a case in hand: on historical ground, the Italian economy looks now capable to avoid the massive deflationary pressures which came along with economic recession during the Great Depression; on geographical comparison, Italian households are very much less indebted than families elsewhere in the industrialised world. Beyond differences, a common challenge in order to overcome the crisis and to lay solid foundations for a sustainable economic recovery is given by the combination of the process of global deleveraging with a deep and wide change in the way finance has been regulated, supervised and actually performed. 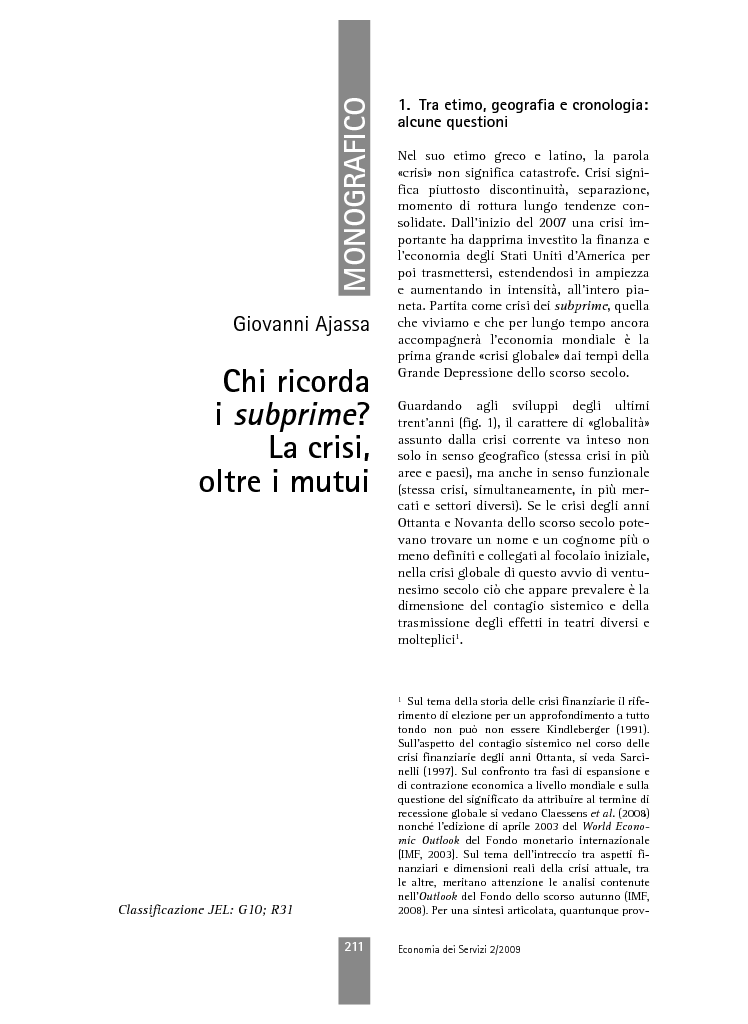