Hobbes aimed to replace Aristotelian philosophy: from his first studies at Oxford to the publication of "De corpore", Hobbes's critical engagement with Aristotle extends widely (from logic to metaphysics, from physics to ontology, from anthropology to politics). This essay does not present the whole spectrum of the contrast between Hobbes and Aristotle: the analysis of this contrast is rather focused on a single issue, the doctrine of categories, which mainly concerns logic but also involves some theoretical questions about natural philosophy. In order to understand the basis, context and reasons for the Hobbesian criticism of the Aristotelian doctrine of categories, it is necessary to clarify the general background of his interpretation of the problem of knowledge. Hobbes bases the rational and demonstrative character of philosophical knowledge - modeled on mathematics and geometry - more on the theory of universals than on the relation between cause and effect, and for this reason he devotes himself to criticizing the Aristotelian doctrine of categories: while for Aristotle the categories are the most universal genres of being, for Hobbes they are only names, or denominations. Moreover, in Hobbesian philosophy the ten Aristotelian categories are reduced to only two: body and accident. 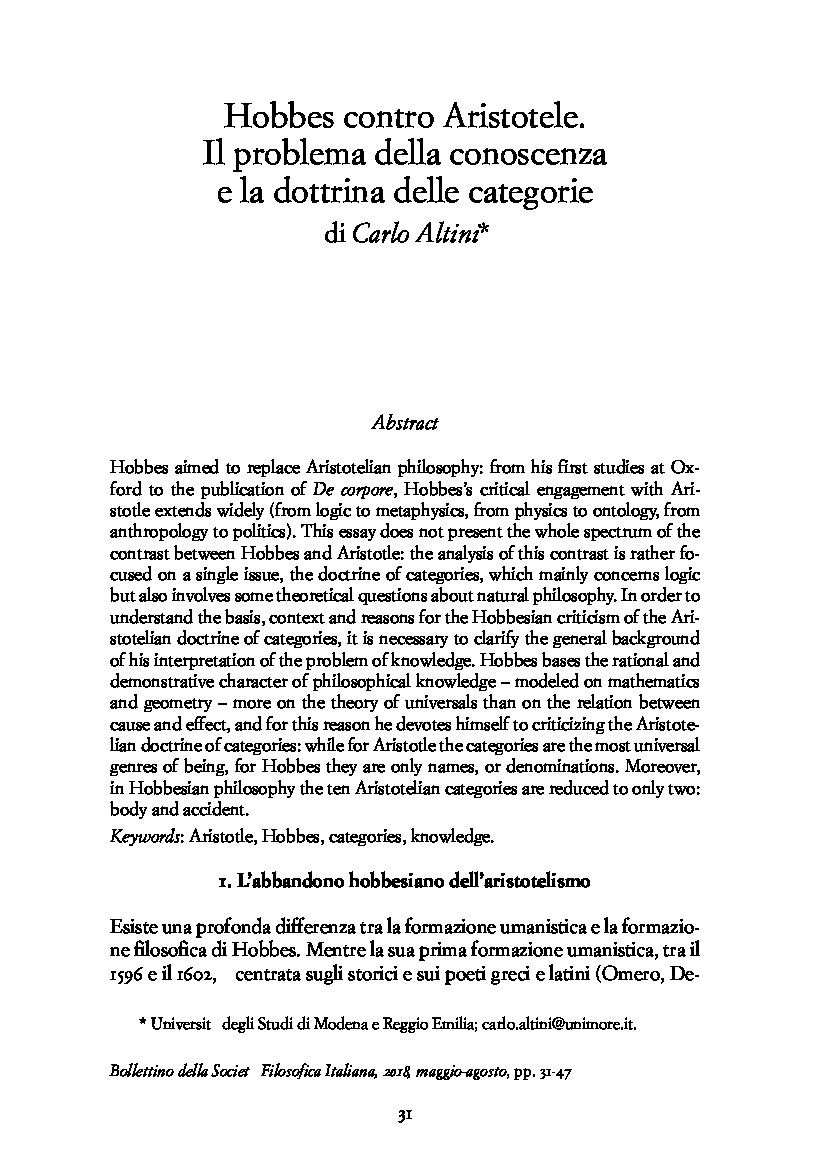