The use of the term “dogµ as an example of aequivocatio, signifying both the celestial constellation and the barking animal, is still known today, especially because it was made famous by Spinoza in the Ethics. Yet, far from being invented by Spinoza, it can be traced back to the main medieval philosophical traditions (Syriac, Arabic, Hebrew and Latin), ultimately derived from the ancient Greek commentators of Aristotle. This paper tries to reconstruct this intricate history, which can also be understood as a valuable example of translatio studiorum. 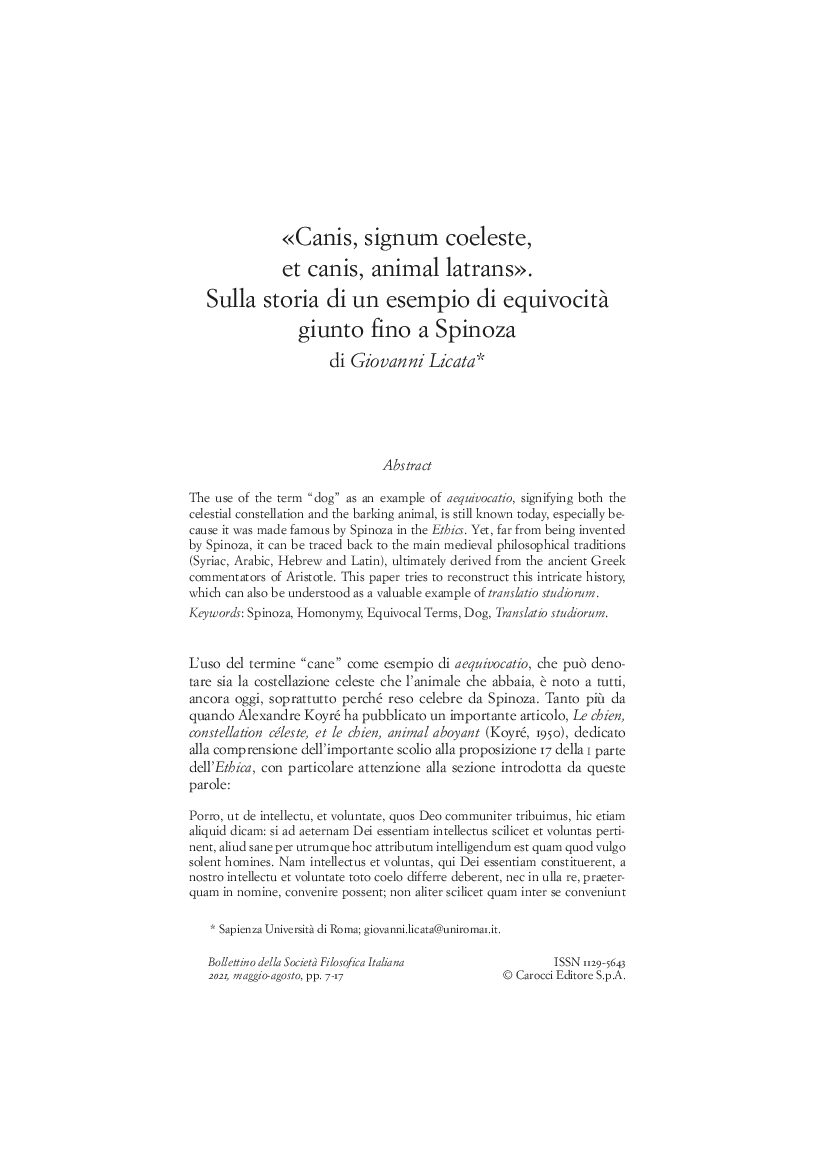