The article deals with the evolution of the stational liturgy in relation to the Christianization of the city of Rome between the 4 th and 6 th centuries. The development of the Roman liturgical practice is analyzed with reference to the spatial dimension and by means of a comparison with the traditional Roman religion. The first element that emerges is that Christian places of worship, basilicas (stationes), other minor churches (tituli) and shrines, assumed the role that temples had had in the ancient city. The process of topographical substitution must be seen in a broader perspective, which is the category of liturgical inculturation. Christianity replaced the public function of the Roman religion by assuming some ritual elements proper to the Roman religion, giving life to an original liturgical practice, the Roman Stational Liturgy. In this context, the liturgy became the instrument for the building and self-celebration of the identity of the Christian community. 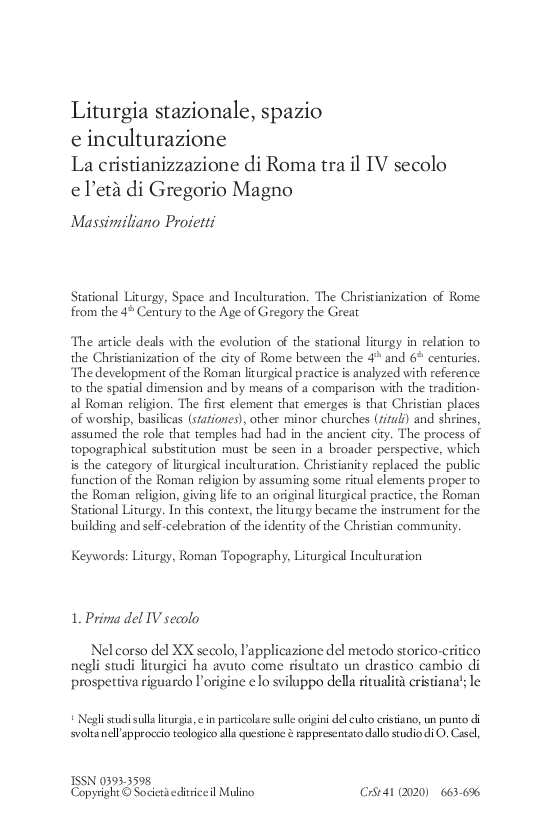