Participation in rulemaking proceedings is generally particularly important in South American legal systems. In these experiences participation coincides with the notion of participatory democracy, so becoming an integral part of the process of will-formation in public administration, without being linked to a specific interest. It promotes as well a democratic dialogue between minorities and the majority in the decision-making process. Anyway, although some constitutional transitions have recognized and strengthened the rights of citizens also in relation to administrative actions, the open preliminary investigation model still shows clear gaps in effectiveness in these countries. These gaps may be due to the hyper-presidential system of government, which is typical in the Latin American presidential systems. 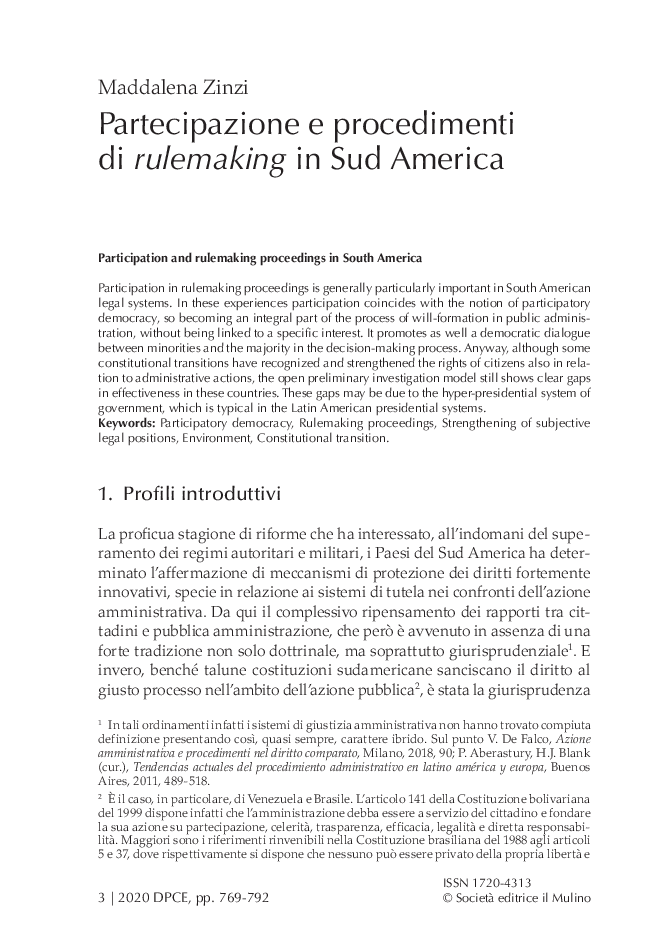