Unlike many constitutional courts in Europe, the Spanish Tribunal Constitucional has chosen not to play an active role in defence of domestic constitutional principles; rather, it acts as the guardian of an EU law-based legality as lower courts show reluctance in dialoguing with the Court of Justice via preliminary review. This position seems in line with the trajectory of the EU constitutionalisation but at odds with today’s scenarios, and may result in comparative disadvantages for Spain with regard to other Member States in case of conflict between EU law and national constitutional law. The work aims to unravel such peculiarity in light of the Spain’s gradual opening to EU law, which started right at the beginning of the Spanish constitutional era. The concepts behind the constitutionalisation of the Community, which were then at their prime, have profoundly affected the Spanish self-understanding as a callow constitutional polity: legal scholarship has mostly perceived the EU integration process as a benign constitutional self-rupture of domestic legality. Formal relations between domestic and EU norms, as well as their links with a theory of co-existence among legal orders were progressively being ignored, and so were the legal criteria to assess whether EU law entailed invalidity or non-application of the conflicting national norm. This has forced the Tribunal Constitutional into a hybrid position, which would perhaps have to be re-thought of in more analytic terms should the appropriate circumstances arise. 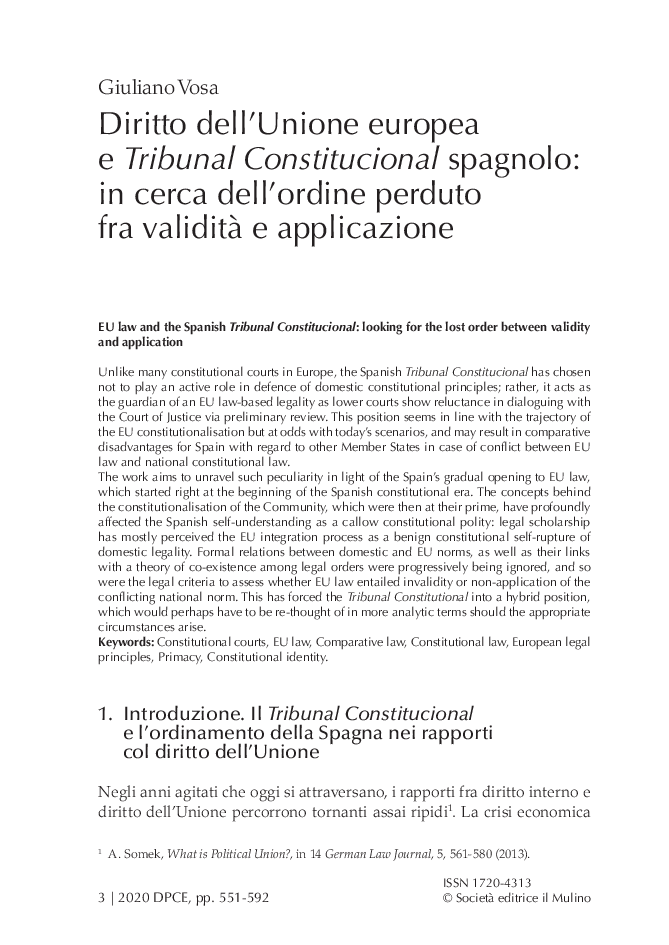