The participation of African women in Parliament is constantly increasing, even though in several countries Parliament remains a male-dominated field. The paper seeks to provide a general overview of the state of the art of the literature on women members of African Parliaments, against the evidence of numbers and specific case-studies, and to enquire, on the one hand, the mechanisms to increase the female presence in African Parliaments and, on the other, the impact of female political representation on the legislation, on both institutions and institutional culture, on civil society and on the political landscape. Finally, the paper discusses the importance of a stronger female presence in Parliament to increase and enhance democracy in Africa. 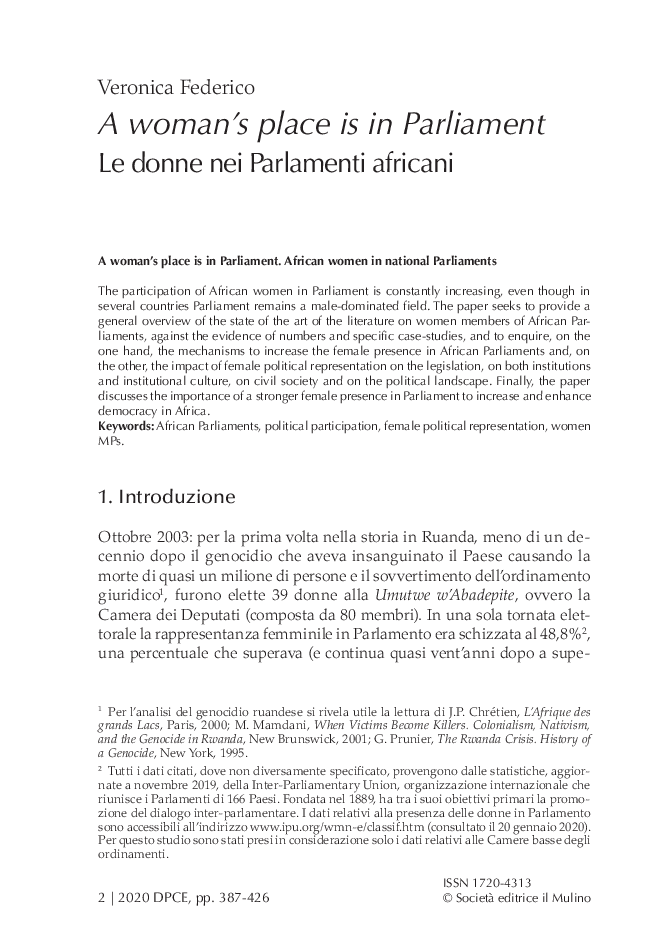