The paper aims at considering, together, two mutually-linked main issues. The first aspect concerns the long path undertaken by the electoral representation topic, not concluded yet, starting from the English Reforms of the 19th century until now. The second aspect concerns a question about the ways the matter of electoral representation affected constitutional case law. This point is clearly connected (and maybe influenced) by the structure, the form, the organization of the systems (and models) of constitutional review, particularly concerning the subjects qualified to activate the review and the nature of the control (centralized or not). From the intersection of these two aspects, the paper attempts at outlining an assessment of the state of political representation in the field of the electoral legislation, specially through the point of view of the constitutional adjudication in the electoral matter, identifying topics and tests leading the Constitutional Courts along the demanding road of the electoral judgements. The paper takes into consideration in particular the Italian, the German and the North-American constitutional systems. 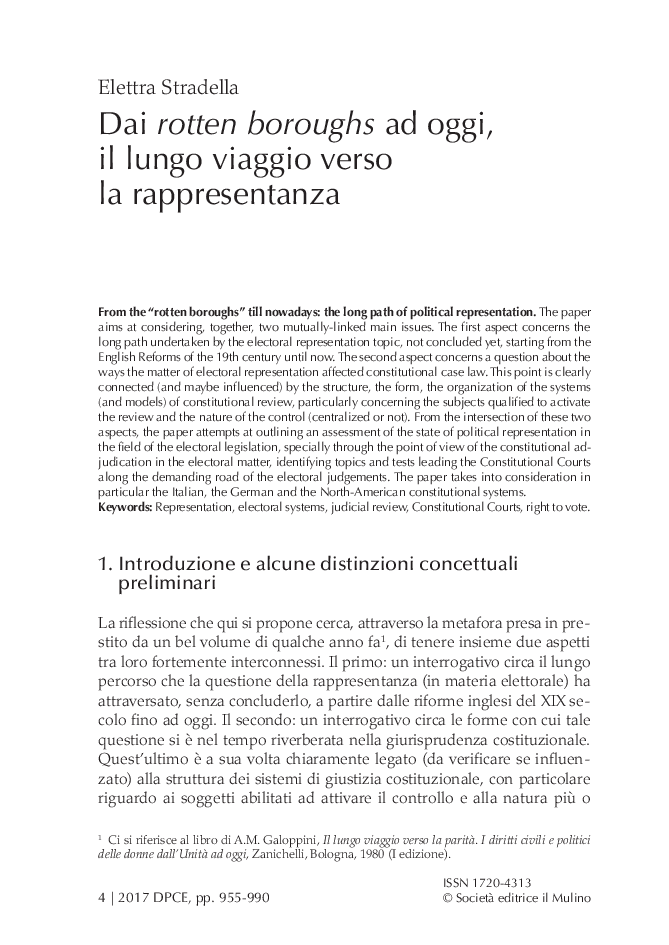