The aim of this paper is to analyse the mechanisms used in some recent constituent processes to allow the direct involvement of the population in the constitutional drafting process, with particular attention to the e-participation, especially technological instruments. It will also be shown how these measures are accompanied by norms and devices aimed at guaranteeing, with varying degrees of intensity, the transparency and circulation of information. The “participatedµ constituent processes analysed will be those of Iceland, Turkey, Colombia, Ecuador, Bolivia and, finally, the Chilean process, which will be analysed in greater depth. The experiences just mentioned were profoundly different not only in terms of their geographical location, but also and above all in terms of the social context and the motivations that led to the demand for a new fundamental norm. Nevertheless, they have been characterised by the centrality that the deliberative nature of the procedure and the use of participatory instruments have assumed in the constituent processes 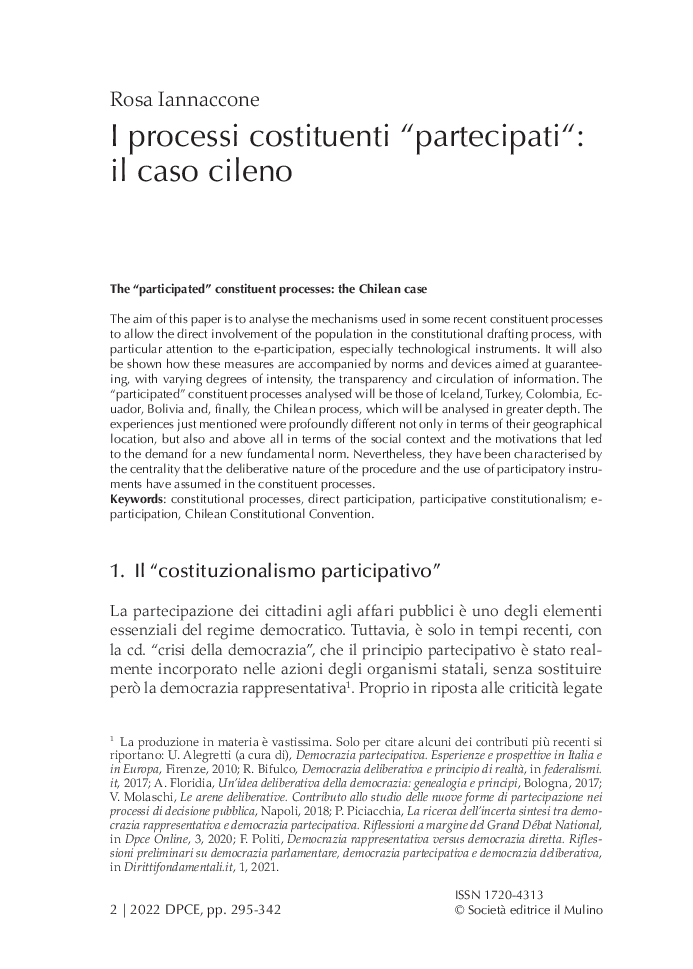